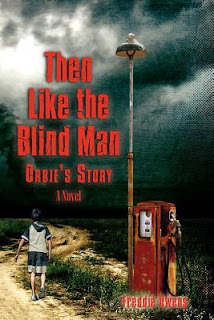 In a fascinating story of growing up in a totally alien environment, Freddie Owens gives us the story of Orbie, oldest child of Ruby missing his dead father and left with his Kentucky grandparents while Momma, the new husband and his little sister go to Florida to start anew. Orbie hates Victor for several reasons and, during his stay in the hills; learns a few more.


Coming from Detroit to the hills is a drastic change for anyone but, if you are only nine it’s worse than most. No friends, odd cultures, black folk who come and go without being seen and then there is Church. The Kingdom Church is mainly black but Orbie’s grandparents are members so his attendance is expected.

There is one character names Moses who captures the attention of the reader more than most. Tall, black, odd speaking and odder acting Moses serves as the significance of Good\Evil. He can do magic, gets Orbie to handle a snake at Church, keeps care of Willis, a crippled boy with the artistic talent of Da Vinci, and does odd jobs that no one ever sees him working on.

Orbie learns a lot in Kentucky and his grandparents learn quite a bit as well. The city slicker becomes a true hillbilly with a talent no one saw coming. Just an excellent story!