The Winter Witch is a magical journey that you will not want to end! 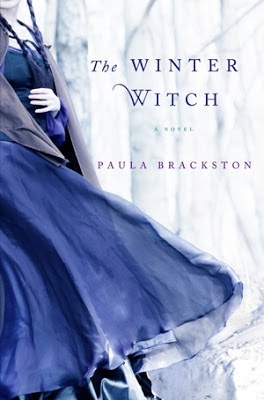 Morgana’s mother marries her to Cai Jenkins. She does it out of love. She worries about Morgana and who will take care of her. Morgana is a nice girl but she has a slight flaw. She does not talk. Morgana has not spoken a word in years. In the beginning Morgana did not care for Cai. Over time, she came to love Cai and their home together. Morgana meets a woman who helps her unlock the magic within Morgana. Later strange things start happening in town. People grow anxious and blame Morgana for the cause.

I read The Witch’s Daughter but I remember thinking this book was good but I did struggle some with it. I did not have this problem at all with The Winter Witch. In fact, I had devoured the first half of the book before I made myself put it down. There was something spellbinding about Morgana and Cai. The way that Morgana and Cai interacted with each other, I thought brought them closer as Morgana did not talk.

Cai is a very caring and patient husband. The way that he cared for Morgana made me fall in love with his more. Morgana turned out to be a very intriguing character. She started out quiet and I don’t mean this literally. What I mean is that I wondered how this story was going to play out with Morgana not talking. It turned out just fine. I liked that Morgana gained her strength learning magic and with Cai’s love. While Morgana did not display her magic talents often. As she progressed they did get stronger. The ending put a smile on my face. The Winter Witch is a magical journey that you will not want to end!