Isabella: Protector of the Last Dragon 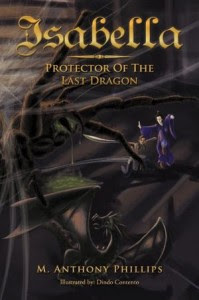 A young girl, her brother, uncle, grandmother and assorted other characters are out to find the very last Dragon – a female named Ling-Li. She is the mate to Tianlong and both are very, very old. The tale of how everyone got to this point is interesting, funny and thought-provoking.

Isabella Treehorn and brother, Kaelyn are very close to their Uncle Titus. A very good thing since they lose their mother early on in the story and go to live with him and his dog, Jake. Isabella has always been different, both culturally and spiritually. She is a United Nations of heritages and has odd dreams for a 12-year-old. She dreams of dragons who talk to her and the dark Lords of Death who want to kill her. Pretty serious for one so young.

She is amazed when she and family go to see the Ming Dynasty Dragon Exhibit and the exhibit starts talking to her! Tianlong was found in the frozen steppes and while researchers thought they had a body they were seeing mega-dollar signs when he took a breath. They’ve made more money than they thought possible and, as is too often the case in these situations; one gets greedy. There must be more dragons! No one seems to care that the one they have, over 700 years old, is wasting away. Isabella cares and convinces her family to help her in an escape plan. Chaos ensues, new friends and enemies are made and we go along to China to find Ling-Li and, possibly their child.

This story has a great plot, carries you along in a page-turner - a perfect book for the YA set. Except: there are many, many context mishaps and the chapters are quite short (thus there are many of them!). A chapter can certainly be more than 2 pages, even for the younger reader. Overall an interesting story but, personally, the short chapters and context issues made me a little nuts. 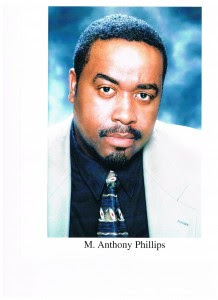 M. Anthony Phillips is a native of St. Louis and studied writing and history at Harris Stowe University. M. Anthony is an avid historian and reader of fine literature of fiction and non-fictional books. This is M. Anthony’s third novel with a sequel to follow with hopes of becoming a full time novelist. M. Anthony resides in St. Louis and Los Angeles where he loves acting as a SAG member, practicing martial arts, writing screenplays, and living the life of a modern day renaissance man.
M. Anthony Phillips