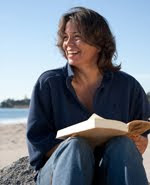 The most difficult obstacle for me – and also the last one – was expressing humor in a new language. I remember saying something I thought was hilarious to initiate a conversation with a group of people, only to completely alienate myself. Humor is culture specific and often what one culture finds funny another may not.

There is a certain amount of underlying tension you have to cope with as you learn to function in an unfamiliar culture. That tension amplifies in the absence of humor and laughter, unless you are aware that humor is a skill that will have to be relearned.

I used to think that laughter was a pretty safe emotion and a sure way to connect with strangers but beware when traveling abroad – your joke might have a whole different meaning in a foreign land. 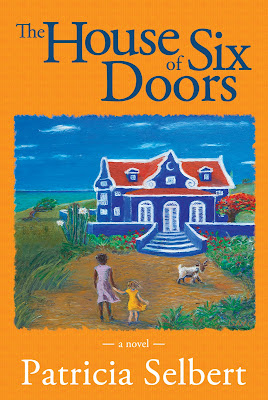 Synopsis
Thirteen-year-old Serena is torn from everything that’s familiar on her island home. “Everything will be better in America,” her mother tells her. They arrive in the US to find nothing as they expected. Speaking fluent Dutch, Spanish, and Papiamentu (the coloquial language of Curaçao), but limited English, Serena learns to pretend that everything’s fine while struggling to live up to her mother’s impossibly high expectations; always afraid to send her mother into another downward spiral of depression. She juggles responsibility for her mother’s well-being with school, a secret boyfriend, and a growing desire for independence, in a foreign land: Hollywood.

The wisdom of her grandmother, a mixed-race mystic, gives her solace, which she clings to tenaciously despite the thousands of miles between them. Coming of age in a foreign land, faced with enormous obstacles, Serena finds her own feet and the acceptance that sets her free.

Leave a comment with your email address to win a copy of this book. Contest ends March 14th. US and Canada only.
Patricia Selbert

Mystica said…
I have been eyeing this book but sadly all the giveaways are with restrictions. Sounds good and I love that cover.
March 6, 2011 at 3:03 AM

Linda said…
I can't imagine the frustration of living in a country and not knowing the language. I'm curious as to the significance of the title. Thanks for the giveaway.
lcbrower40(at)gmail(dot)com
March 6, 2011 at 7:44 AM

Charleydog said…
Not to be able to speak one of the official languages of a country must be very isolating.

rubynreba said…
This sounds so very interesting. I'd love to be entered. Thanks!
pbclark(at)netins(dot)net
March 13, 2011 at 7:42 PM