The Summer We Read Gatsby 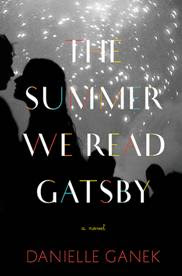 Cassie and Peck are half sisters and couldn’t be more different. Peck has her head in the clouds and Cassie is grounded and has her head on straight. They never really knew each other growing up.

Cassie and Peck’s Aunt Lydia passed away, leaving an old run down cottage to the women. Peck decides to throw a party. The party will be themed around he one and only true love’s novel, The Great Gatsby. The party brings out a wild and crazy bunch of characters.

I have to admit that I have never read or heard of the book The Great Gatsby until I read this book. After reading The Summer We Read Gatsby, I did some research to learn more about Gatsby and the author who wrote it, F. Scott Fitzgerald. After reading the concept surrounding Gatsby and the characters that were portrayed in the book, I could imagine the similarities in Peck, Cassie and all the rest of the characters.

At first, this book took me a while to get into it. This I believe is due to the fact that I did not really understand why Peck was so obsessed with Fitzgerald and Gatsby. In addition, that I thought the characters were a little too eccentric for me. Though, after getting a third of the way into this book, I started to settle into this story and enjoy the book. I thought that Cassie and Peck balanced each other out very nicely. There were times when I liked Peck’s care free out look on life and other times when I appreciated Cassie’s straight forwardness. The Summer We Read Gatsby turned out to be a surprisingly, pretty good read.
Danielle Ganek