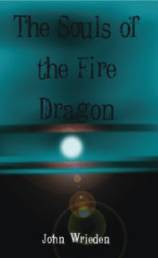 
John Wrieden announced the release of The Souls of the Fire Dragon, a product of the
U.K. author's love of science fiction.


His book unfolds a fascinating plot of a dystopian world with an oppressive government
controlled by the Patrician, and the Watchman - a secret police.


British author John Wrieden inserts quips and metaphors that indulge readers with
parallels to Britain as a present day 'surveillance society'. "The book is 'Death by
chocolate with a side of cream'," said Wrieden.

In The Souls of the Fire Dragon, Wrieden describes 'Orwellian' situations that offer a
humorous perspective to the bleak dictatorship. Ordeanians scan their eye retinas to
provide recognition at shops. Their favorite coffee is instantly served through the eye
scan. The cup can analyze saliva, note that someone might have a cold coming and even
trigger an e-mail to his or her doctor to schedule an appointment.


Wrieden creates the ten realities - worlds filled with magicians and dragons where
multiple minds and bodies are melded ­- as Wrieden's book title creatively suggests.
Dragons become humans, and vice versa, and Akea is challenged both physically and
mentally in his plight to restore peace.


Death is summoned by his father, Fate, to combat the growing political oppression in
Ordinea City. Fate has a plan. 'The right man in the wrong place can make all the
difference. Wake up, Akea, and see the truth.'


Akea forges a soulful, romantic relationship with Argonath, a beautiful dragon adopted
by Prometheus, an old magician of the Delwiderlen Forest, as he is undergoes training for
the fight of his life. Wrieden gives a respite in the forest amidst clashes between Akea
and the Watchmen and their campaign of terrorism in Ordinea City. In a vision, Akea
sees the story of his own origin and the truth is finally revealed.

John Wrieden wrote his first book, The Souls of the Fire Dragon, after completing novel
writing and science fiction courses at the Gotham School of Writing. Wrieden's writing
style is described as deep and sometimes dark; however, he has a witty turn of phrase and
enjoys having fun in getting his point across in his writing. He resides in Herefordshire,

Note: Review copies of this book are available. Send mailing address along with the title of the book and author to ops@bostickcommunications.com
John Wrieden