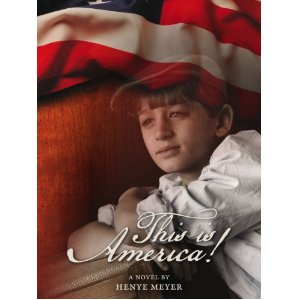 In this captivating tale of old world religion versus new world customs we learn that life in the late 1800’s in Jewish Russia was hard but the people seemed happy together, being the Jews they were meant to be. They worked hard, prayed harder and, when the young men were drafted cried when they left and cried more when they returned, changed forever.


Tscharna’s family, ruled by Tatte, supported by Mamme; consisted of two boys and two girls. Tscharna was the older sister to Bine-Gittel and Elva the oldest son with Herschel in the middle. When Elva returns from the war wanting to go to America Tatte’s immediate response is “No America”. That changes when a second draft becomes imminent.

After living alone for over a year, the women receive their tickets to join the men. Sadness at leaving, but happiness at seeing their family whole again. When they arrive in New York; they find a harder Tatte and an Elva turning Socialist. Coffeehouses, public baths, trolleys, busy, busy streets to cross and Shabbos has gone by the wayside to the lure of money. Tenements, women working away from home and public schools test Mamme’s strength.

Will the non-celebration of Shabbos come between Tatte and his wife? Does Tscharna find a husband who will remain Jewish with her or is she destined to never marry? And what of Herschel and Bine-Gittel who refuses to change her name to Sally or Mary? A Yiddish dictionary might be handy but their lives and times are celebrated and cried over in this story which you absolutely shouldn’t miss