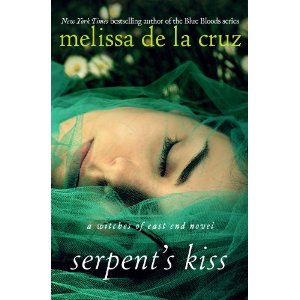 Freya's twin brother, Freddie has returned from prison. Freddie believes that Freya's beau, Killian is the one that caused Freddie to be sent away. Freya wants so bad to ask Killian if he had anything to do with her brother's punishment but she can't. This in turn has caused Freya to withdraw from Killian.


Then there is Ingrid and Matt. They are finally going out on a date. It is about time. These two move like molasses. In addition, there is some strange happenings in the house. Tyler's mother believes the hosue is haunted and will not return with Tyler until the problem is fixed. Things are getting interesting.

I missed Tyler. He did not make much of an appearance in this book. Tyler is entertaining and has a bubbly personalility. Even though I can not eat Joanna's baking of sweet treats, I do feel like when I read about them that I am gaining ten pounds. They all sound so yummy. No wonder Tyler can not get enough. Ingrid deserves to have a guy in her life. I like Matt and hopefully, he and Ingrid will work things out in the long run. If Matt can be understanding of Ingrid's powers and Ingrid can quit being so independant and like Matt protect her (not that she needs protecting). Freya and Killian are heating up. I don't really mean in the bedroom, so much as I do the mystery surrounding Freya's twin brother, Freddie. I can not wait to learn the truth about what caused Freddie to be bandished. The family's powers were not show cased as much in this book. I would like to see more of their powers. This series is getting better wich each book. I can not wait to read book three. Serpent's Kiss is pure entertainment!


ABOUT THE AUTHOR: Melissa de la Cruz is the New York Times and USA Today bestselling author of many critically acclaimed and award-winning novels for teens. WITCHES OF EAST END was her first in a series for adults. The second in the series, SERPENT’S KISS, will be published by Hyperion in June 2012. Her Blue Bloods series is a worldwide bestseller and has three million copies in print. Her many other books include the anthology Girls Who Like Boys Who Like Boys, which is now a reality-television show on the Sundance Channel.


A former fashion and beauty editor, de la Cruz has written for the New York Times, Marie Claire, Harper’s Bazaar, Glamour, Cosmopolitan, Allure, the San Francisco Chronicle, and Teen Vogue, among others. She has also appeared as an expert on fashion, trends, and fame for CNN, E! and Fox News.

De la Cruz grew up in Manila before moving to San Francisco with her family. She is a graduate of Columbia University and lives in Los Angeles and Palm Springs with her husband and daughter.