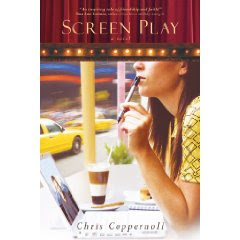 Harper Gray is going to New York. Her friend Avril LaCorria is starring along side the famous, Helen Payne in a Broadway play. Helen’s understudy had left to purpose a movie career. Avril suggested Harper would be perfect as Helen’s understudy. Harper has dreamed of being a star and can’t believe this great opportunity.

All Avril can talk about is her man. His name is Jon and he is an attorney. Avril met Jon on an online dating site called Lovesetmatch.com. Harper logs onto the site. Harper is matched with several different guys. The problem is that there is only about one guy who is close to Harper and he is too young. The rest all live in other states. Harper wants a guy close to her. Harper receives an online message for one of the matches. His name is Luke and he is a pilot in Alaska. Harper and Luke communicate with each other but Harper doesn’t believe anything will happen between them. Can Harper open her eyes and heart and give Luke a chance before it is too late?

I thought this was a sweet, charming book. Harper stared out a little quiet and a bit of a wallflower but as the story progressed, Harper came out of her shell and became a woman. There is an added bonus of an interview at the back of this book. One of the questions asked to Mr. Coppernoll was if it was hard for him to write from a woman’s perspective? Mr. Coppernoll answered with a Yes...He couldn’t believe he did it. I thought that Mr. Coppernoll did a great job writing the character, Harper. He balanced her out well. He didn’t make her overly emotional. Screen Play receives the silver metal from me. I plan to check out some of the other books author Chris Coppernoll wrote.
Chris Coppernoll