June 02, 2008
For those of you who are looking for something to read that is empowering to the spirit than you need to check out Mr. Parker's books. I got the chance to read his latest one called Reforming the Potter's Clay which will be coming out for purchase this Friday, June 6th. See my review below but first here is a little bit of information about Mr. Parker. 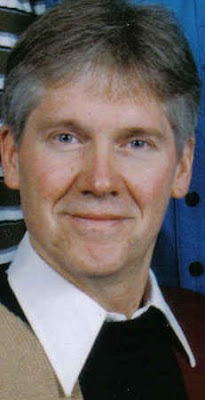 Don is a 1968 graduate of Madison Central High School in Madison, South Dakota. He graduated from Dakota State University in Madison in 1972 with a degree in secondary education. After moving to Washington State in 1981, Don studied computer programming and turned his writing efforts to software. After twenty-five of IT work, Don's passion for writing flared up again, and the doctors couldn't do anything to cure it. The outcome is a five book series involving two generations of the Masterson family. If demand warrants, the series will expand as the future unfolds.

My review of Reforming the Potter's Clay.

Esperanza (sometimes called EJ) and her brother Pedro Morales were hanging out at their friend's house. Faith and her brother, Matthew Nelson. EJ and Pedro's father Salvador and Faith and Matthew's mother Barbara really like each other a lot. Salvador wants to see Barbara again unfortunately this match may not work. Barbara and Sal are both Christians but when Barbara tells Sal that she has plans to take her children on Saturday to get the new Harry Potter book, Sal gets upset with Barbara. Sal asks Barbara why she would do that when as Christians the bible warns against pursuing witchcraft and devils. So EJ, Pedro and their dad Sal decide to check out the Harry Potter books to see exactly what they all are about and why their pastor has warned them against reading them.


While driving home the Morales' spot a new family moving into the neighborhood. They stop and introduce themselves. The family has a daughter named Tamela, her brother Adam and her dad Frank Barnet. The Barnet's are Christians too. During one of the visits to the Nelson's, Pedro and EJ are introduced for the first time to a Oujai board. Pedro and EJ decide not to tell their father about it but they do feel awful about trying the Oujai board out. They decide to tell Tammy and Adam about it. Adam and Tammy want to help teach Pedro and EJ about the evils in the world that surround us and how to not be catch up in them.


Tammy and Adam have the gift of faith and helping to spread the word of the Lord. Adam every one in a while feels the Lord directing him to someone in need. Adam, Tammy, Pedro, and EJ follow Adam throughout the neighborhood helping. The group comes across two other kids named Timmy and Chung who want in too. The group decides to call themselves the God Squad. From then on their mission is to help other kids learn about God. Every morning before they head into school they pray around the flagpole but Mr. Dawson, one of the teachers wants to break up this group.


I really enjoyed Mr. Parker's use of the inserting scriptures from the Bible as reference throughout the book. Also, I thought Adam and Tammy were great in the fact that they were teaching the rest of the kids more about God and the word. It goes to show you that it does not matter who you are or what age you can always help by being one of the Lord's shepards. There are plenty of opportunities everywhere to counsel people if you are just willing to take a moment to look and listen. I loved when the children were facing adversities that they never gave up their strong beliefs in God, even when teachers were telling them they could get in trouble for praying or when other kids might think the God Squad was uncool or weird. Don't get me wrong that all Christians are perfect as we aren't but you do have to be open in saying Jesus I have done wrong and I need your help. We all need help as humans, we just need to choose the right ways and places to seek that help. Like the Bible says "He who has not sinned, cast the first stone". I want to thank Mr. Parker for writing these types of books and not being afraid to share the word through them. God Bless.

To check out more about this author and his books by going to his website at http://www.donaldjamesparker.com/?CBN