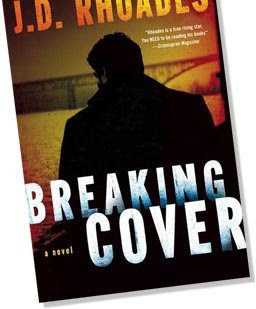 From the Shamus Award-nominated author of the critically-acclaimed Jack Keller southern crime series comes an explosive stand-alone thriller about an undercover federal agent, a chameleon whose specialty is assaulting criminal organizations from within.
He was the most talented undercover agent in FBI history, until he dropped completely off the grid, and hasn't been heard from in years. Did he go native, or was he discovered and killed? When Tony Wolf is finally driven out into the open, torn from deep cover during the rescue of two kidnapped children, he becomes the number one target of both the vicious biker gang he double-crossed and a massive Federal manhunt.
But Tony’s tired of being the hunted, and as both the gang and a traitorous FBI agent converge on a small southern town, they’re all about to learn a hard lesson: When the Wolf breaks cover, he doesn’t always run away.
Sometimes he comes straight at your throat.
Critically acclaimed author J.D. Rhoades has written his most compelling thriller to date--a pulse-pounding novel that leaps off the page and will leave readers begging for more.
J. D. Rhoades