Book Review: Bound by the Unspeakable 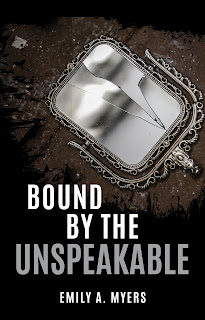 One year after Emma and Julian fled New Orleans to escape an enemy with infinite reach, they are back in the Crescent City and praying for a fresh start. But their past soon catches up with Emma as a mysterious man who knows far too much about her to be innocent. Worried their new world of secrets and suspicion may be changing Julian, Emma embarks on a solo investigation into the man following her. Yet, what she discovers is more unspeakable than she ever could’ve imagined. Can she trust him? Definitely not. Is he the key to her freedom? Possibly. In this action-packed romantic thriller, Emma will come face to face with the enemy that sent her packing a year prior. The question is, will she lose herself in this war of worlds? And will she and Julian have the happily ever after they’ve been fighting for?

This book is a really good conclusion to this duet. Emma and Julian have really grown from the first book. They are stronger together. Yet, this does not mean that the events from the first book are no longer a threat, if anything the threat is more dangerous than ever.

I am so proud of Emma. To have endured what she did and yet not let her spirit be broken but come out swinging as a fighter is encouraging for others. Which I can tell you was a wild ride for sure with some twists. This book made me fall in love with Emma and Julian even more. Readers who love strong characters and just as strong a storyline will want to read this duet. I look forward to reading more books by Emily. 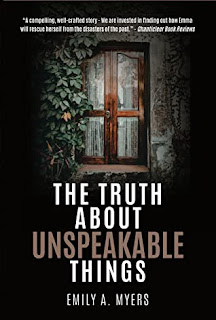 Emma Marshall is haunted by the trauma of her past. The night she ended her engagement to cheating fiancé, Beaux, was meant to be the night she took back control, but it was only the beginning of his true hold over her. Nine months after suffering an intimate assault by the man who pledged his life to her, Emma is doing — okay. At least, that’s what everyone thinks. No one knows the unspeakable truth of what happened between her and Beaux.

It’s a secret Emma plans to carry to the grave, until Julian Cole moves in next door and opens Emma’s mind and heart to the possibility of love after betrayal. As the reporter and music executive grow closer in the music-filled city of New Orleans, Emma must risk everything to protect her newfound happiness from the man threatening to destroy her. As Emma embarks on a dangerous journey to bring her ex to justice, she soon learns the sins and secrets surrounding her are far more wicked than she ever could’ve imagined. Will Emma overcome her trauma and have her second chance at love? Or will the unspeakable destroy her and everyone she holds dear?