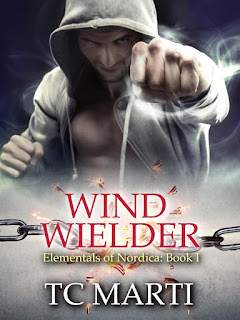 A secret censored throughout the modern age…

There are a lot of things Wind Wielder Sion Zona wished he had taken seriously. But the following facts he neglected display his sheer ignorance.

One, an ancient tribe within his Elemental race wiped from the pages of time still exists.

Two, Sion and a band of eight other Elementals are the final descendants from that ancient tribe and hold the key to preventing the masses from falling victim to a one-world government foretold in a banned set of ancient texts.

Three, the global superpower wants nothing more than to destroy Sion and the others before they discover their importance to humanity.

So yeah, there’s no pressure in taking on a raging dictatorship.

Wind Wielder is Book I in Elementals of Nordica, an exciting speculative fantasy series featuring old-world epic fantasy tropes bent into modern-day society. If you are a fan of elemental magic, complex plots, and sword and sorcery with a sci-fi twist, Wind Wielder is a MUST READ.

I was drawn to this book by the concept and book cover. Also, this comparison grabbed my attention...Avatar: The Last Airbender and 21st Century Military Combat Collide. Which I will admit that this is a pretty accurate description for this book. I could see elements of it all in the storyline and characters.

Regarding Sion, he was not very likable. I kind of thought he came off as a bit arrogant. The other Elementals were good. This is where the biggest struggle came in for me with this book. While I really liked the elements of this story; I could not fully embrace all of the characters in this story. Overall, there were enough other good parts about this book that I liked that I would read the next book in this series.

Author Bio
TC Marti is an author, book reviewer, and freelance writer. When not writing, you can find him in a gym lifting weights, or running miles around a neighborhood or at the trail. He’s also a huge fan of Arizona sports, an unapologetic fan of K and J-pop, and like most authors, an avid read 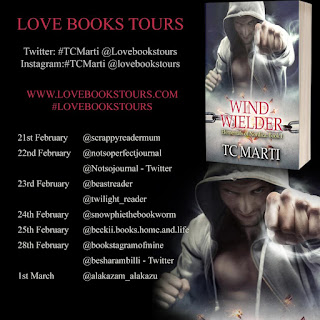