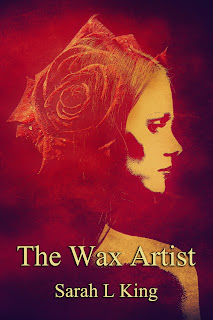 Spring, 1803. An uneasy peace between Britain and France endures - for now. In Edinburgh, as speculation grows about the resumption of war, the city’s parlours and taverns find distraction in the intriguing new faces appearing in the affluent New Town. On Hill Street, the Andrews family arrives from London, reeling from a recent scandal but determined to make a fresh start. And on Thistle Street, Marie Tussaud’s waxwork exhibition opens, offering vivid glimpses of French royalty and revolutionaries alike.

Glimpses which French émigré and psychic Ailsa Rose does not welcome.

However, unwanted reminders of bloodshed and strife are the least of Ailsa’s worries. When her spiritual abilities cause her to cross paths with the Andrews family, she foresees the death of the eldest daughter, Clara. Disturbed by the violence of her vision, Ailsa feels compelled to investigate and to thwart Clara’s dreadful fate.

But as Ailsa digs deeper into the young woman’s secrets, she also finds herself unearthing the ghosts of her own past, including those she thought she’d left behind in revolutionary France…

I liked this book. A historical fiction mystery story mixed with some romance will attract a bunch of readers. It was nice to see Ailsa and Angus working together. I felt like they made a good team. Plus, it did not hurt that there was an attraction there between them.

The mystery surrounding Clara was intriguing. Whenever the story would flash back to the past, I grew more intrigued to find out what happened to Clara. Although, I have to admit that I did find myself somewhat disconnected with the story as a whole and the characters for about the first half of the story.

For some reason, I struggled a bit to find an emotional connection with the characters. Yet, it improved with the latter half of the story. Which I was happy with the ending. 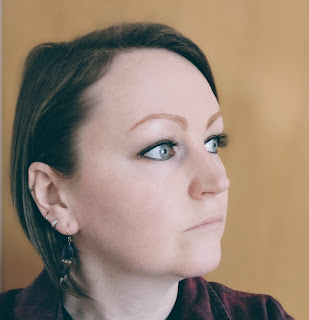 Author Bio
Sarah L King lives in West Lothian, Scotland, with her husband and children. Born in Nottingham and raised in Lancashire, her books include the historical fiction novels, The Gisburn Witch (2015), A Woman Named Sellers (2016) and The Pendle Witch Girl (2018), all set during the Lancashire witch trials in the seventeenth century. She is also the author of two contemporary mystery novels, Ethersay (2017) and The House at Kirtlebeck End (2019). The Wax Artist is her sixth novel and the first book in the Ailsa Rose Mysteries series. 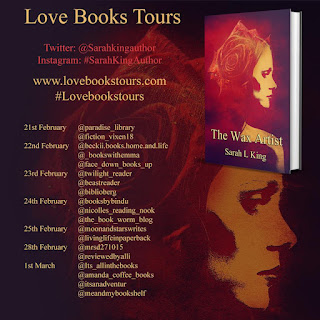