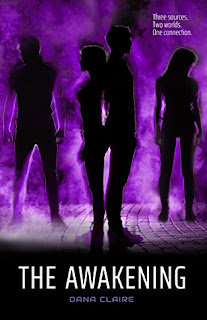 The government called her a weapon. Her mother called her a gift. She called it a forced fate.Beatrice Walker is no stranger to surprises and after the year she’s had, finding out she is responsible for billions of lives is a drop in the bucket. Until she learns there may be more to the prophetic plan to prevent the extinction of two planets—both Earth and Ferro, and that she isn’t the only Blood-Light they will need to fight the imminent threat of an asteroid hurtling toward the planets.He grew up a loyal heir. He trained to be a soldier. He found purpose with the Rebellion.Cash Kingston didn’t think falling for a Blood-Light—part human, part Ferroean—was possible. But when he met Beatrice Walker, all of that changed. What didn’t waver was his quest to save his beloved planet Ferro and his new home, Earth. Not only from the oncoming asteroid but from leaders of both planets with more sinister agendas.Together, Beatrice and Cash, plus their team, must uncover who they can trust, how they can stop their enemies, and what superpower matters most, or they will lose everything they are fighting for.

The Awakening is the second book in this trilogy. You truly do need to read book one to fully embrace and appreciate this book. That is because you will have the backstory and know who all the players are when you read this book.

Which everyone that you liked from book one are back in this book. There is Bea, Cash, Tasha, Sammie, Mark, Paul and Bea's Dad. In this book, Cash's brother, Ashton is a major player in the story as well. Ashton was a good addition as he did keep things interesting and entertaining. Of course, you can forget the DOAA, Ferro Council, and especially Director Dodd. He is still hunting the gang down.

The pacing for this story is very high. It moves at a good, steady fast pace. There was not a moment of lag time. I found myself easily reading multiple chapters at a time with ease. There are a few twists like the one at the end. Ok, so when is book three coming out.