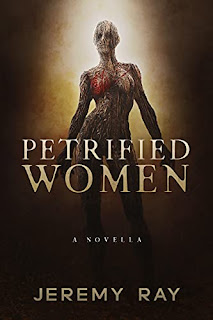 Some pranks go too far. This one could be deadly.Harley has the perfect boyfriend. Why can’t her best friend see that? He’s nothing like the others, especially the one who still haunts her memories. She’s finally picked a “keeper” with Aiden.Sure, he’s a bit eccentric. His wood carving hobby is a little odd. His need for isolation while he carves his life-size female figurines is strange. And maybe his obsession with pranks, or "scares" on Harley goes a little too far. But what do you expect? Aiden’s an artist.Harley has finally picked the perfect boyfriend. That’s why this year, Harley ignores all her best friend’s warnings. She has the ultimate surprise planned for Aiden’s birthday, one that’s going to help her get even in their battle to out-prank each other.She hides in his apartment, excitedly waiting to pull off the scare of a lifetime…But then he comes home, and Harley witnesses a different side of her boyfriend. The side that exists behind closed doors when he doesn’t know anyone’s watching.Is this just one of his scares? Or is there something more sinister lurking behind his playful nature? Harley’s about to find out.CONTENT WARNING:Sexual AssaultViolenceBody HorrorStrong LanguageReader discretion advised

Be prepared to have your mind mentally f**cked! From the author that brought you The Houseplant, Jeremy Ray will give you nightmares. I dare you to get a good night's sleep after reading this book. Horror fans will want to treat themselves to a copy of this book.

I knew that I would like this book even before reading it as I loved The Houseplant but I was not prepared for the dark, twisted tale I was about to embark on as I started reading this book.

Aiden is super into pranks. There is the mention of Scare Tactics but think about four times more on the scare level. Harley starts getting into the pranks trying to best Aiden at his own game. What she finds in store for herself when she hides in Aiden's closet is more than she bargained for. Seriously, this book will have you tripping asking yourself what did I just read (in a good way).