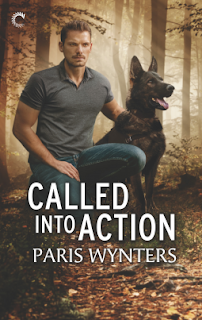 They’ll find a way to work together. A young boy’s life depends on it.Penelope Ramos has dreamed of being a K-9 search-and-rescue handler since she was a little girl. Armed with a quick mind and her German shepherd, Havoc, she rides into Maple Falls, Vermont, determined to get her certification. She isn’t expecting the gruff, unreadable park ranger assigned to evaluate her skills.Park ranger Jay Gosling is a pro. It’s clear to him that neither Penelope nor her unpredictable canine has what it takes…although his boss feels otherwise. Whatever. Jay will never have to work with them and he has half a mind to escort them both right out of town. But when a young boy goes missing, he doesn’t have that luxury.Working side by side tests their tentative peace, but Jay and Penelope are together on one thing: they’ll both do whatever it takes to find the missing child—before it’s too late.
My Review
Animal lovers will enjoy this book. As will readers who like a good story with engaging characters. There is a romantic connection between Penelope and Jay but it is not so steamy that readers who don't typically like hot, steamy romances would like this book. In fact, I would say the romance takes a little bit of the back seat in this book. It is more of a slow burn.
Again, I need to make a mention of Havoc for the dog lovers. Havoc was one of the stars of this book. It is a given that Penelope and Jay were the main characters but I do have another favorite and that is Charlie. She works with Jay. She had sass about her and was a good friend to Penelope. Also, she was not afraid to tell it like it was. This book is a fairly quick read.
When it came to Penelope and Jay. I was Team Penelope. I felt like Jay was being too harsh towards Penelope in the beginning but the more I got to know him, the more I warmed up to him. He and Penelope and Havoc make a good team.
Paris Wynters