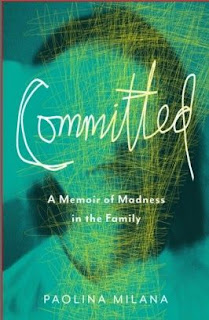 Los Angeles – May 2021 - Imagine keeping a family secret about your mother’s mental illness and growing up as one of the offspring charged with “caring for crazy.” Then, to compound the horror, witnessing another version of schizophrenia as it consumes your younger sister – who you practically raised yourself, thanks to your mother’s frailty. To see Paolina Milana as an example of resilience might be the understatement of all time.

As a 20-year-old, Paolina gets a chance to escape her circumstances by attending an out-of-state school, but the madness she tries to leave behind will not let her be as letter after letter arrives, constantly reminding her of the insanity from which she longs to break free. Making matters worse, the voices in her own head whispering words she’s not sure are normal, further her fears. “Please don’t make me be like Mamma,” she prays to a God she’s not sure is listening.

The unexpected death of her father soon after she returns home leaves Paolina in shock—becoming fully in charge of her paranoid schizophrenic mother. But it isn’t until at age 27, when her younger sister explodes in a psychotic episode, is diagnosed with paranoid schizophrenia and must be committed, that Paolina descends into her own despair, nearly losing herself to the darkness.

Beautifully written with flourishes of handwritten letters (in Italian) from her parents, recordings of her own inner voices challenging her every move, and a heartbreaking slew of sticky notes revealing the harrowing thoughts of her sister’s delusional mind, Paolina’s epistolary memoir invites readers into her inner circle of intimate encounters with mental illness. Poignant and impactful, Committed is a story of resilience that teaches and inspires, not as a tidy narrative, but as an authentic and rare share that speaks to the struggle of staying sane despite being surrounded by madness.

I have not read the the author's prior book in which, I shares more about her mother suffering from paranoid schizophrenia. Which from what I have read from this book and online; it appears to be a horrific disease to be suffering from. It is nothing that I would ever wish on even an enemy.

When it came to Paolina. Her voice rang clear in this book. I could understand her need to get away, even if just for a year. Though, Paolina's words, I kind of had an idea of what life must have been like for her at home. While, she did like being away, there was a part of her that missed the unknown home life I believe.

The first half of this book, was good but a bit slow reading for me. The latter half of the book is where it did pick up for me. It was sad when her father passed as well as when her sister was diagnosed with paranoid schizophrenia. I felt joy from her sister though the letters she had written to Paolina while she was away at college.

It is stories like this and others that do show just how important mental health help is. Luckily, it is being recognized more so that people can get the help they need faster. 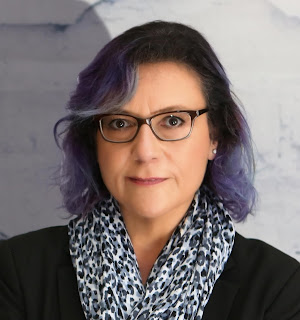 Paolina Milana’s mission is to share stories that celebrate the triumph of the human spirit: To unleash the power that lies within each of us to bring about change for the better.

Milana’s professional background is rooted in journalism where as a features writer for a major daily newspaper in the Midwest, she told the stories of other people. Then she moved to the field of PR/media and digital marketing as an executive in both corporate and non-profit environments. Given her experience in an emotionally tumultuous household where she was put in the position of caregiver to unstable family members, she is uniquely qualified to serve as a Court Appointed Special Advocate (CASA) for children in foster care and as an empowerment and resiliency coach, using storytelling to help people reimagine their lives, write their next chapters, and become the heroes of their own journeys.

Paolina has won awards for her writing, including her first book, The S Word, which received the National Indie Excellence Award. Her self-help picture book for adults, Seriously! Are We There Yet?!, and her holiday fiction novel, Miracle on Mall Drive both published in late 2020. Paolina is first-generation Sicilian, married, and lives on the edge of the Angeles National Forest in Southern California.

Available for preorder online and wherever books are sold on May 4, 2021 (She Writes Press) 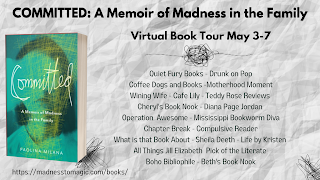