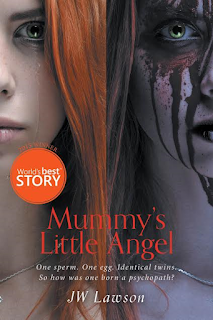 Joanne didn’t believe that her life could become worse than it already was. She had lost everybody and everything she had loved. She was alone. Surely she had suffered enough? The press had called her identical twins psychopaths. Her Maggie. Her Annie. But she still loved them, even though one of them had killed her husband, Jeff. Joanne believed that his murder had been an accident. How could one of her girls be a murderer? She knew them better than anybody else. They were good girls really.

She just had to prove it.

The brutal murder of her god-daughter Laura had never been solved. Items were missing when Laura’s remains had been discovered: clues that could lead to the capture of her killer. One of them was Laura’s doll … the doll that Joanne later discovered in her home. Joanne is facing the most horrific dilemma of her life. Has the wrong woman been imprisoned? Could her child have used such brutality against her best friend? Or could both women be innocent after all?

She needs to find somebody for her daughter to confide in; somebody she will trust. She needs a miracle. There is only one person who can help. He is compassionate and caring, with an amazing ability to gain the trust of the most difficult patients. He is Joanne's only hope. He is Jonathan Davies. 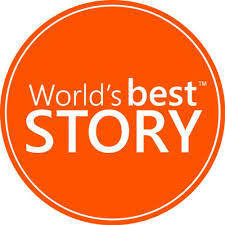 First off I have to comment and say that if you like dark, psychological thrillers than you should check out this book. Although, I have to warn you that there is crude language used through out this book with the "f" word. Also, the content of this story is very dark and there is mention and rape. Having said all this; this book is a worthy read. It did have me changing my mind several times on just who might be the innocent one (if there really is an innocent one).

The way the author wrote this book was great. It drew me into the story further and the characters with the first voice, diary entries, and quick alternating switches between Joanne, Annie, and Maggie. For me it was not so much as to who was the guilty one but who was the lesser of the two evils. By the end I was not surprised as to who was the real evil but I admit that the ending was a bit of a surprise in itself. I do look forward to checking out more books by this author. 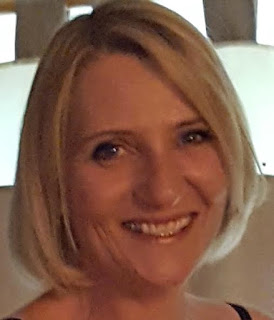 Award Winning Author, JW Lawson is already gaining recognition for her writing talents in the US and world-wide. The second of a trilogy of sensational thrillers,Mummy's Little Angel is the winner of the highly acclaimed Worlds Best Story competition and has also received some outstanding reviews from the professional team of judges in the competition. She is currently writing her third thriller, Crossroads which will be available in 2017 and the final book of the current series, Hush Little Baby will be available in 2018.

Which was the hardest character to write? The easiest?
Annie was, no doubt, the hardest character to write. I wanted the readers to like her, despite her being opinionated and extremely manipulative. Despite her obvious flaws, I needed to gain sympathy from the readers for Annie as well.
Jonathan was the easiest as I’d created him in the first of my books, Third Time Lucky.
What made you write a book about identical twins?
They fascinate me. One egg and one sperm create two lives who share identical genes, yet such different personalities. My studies introduced me to numerous psychopaths – many of them were identical twins. I still ask how one can be evil and the other innocent, yet, from my research, this is often the case.
Your book is set in Houghton Regis, UK. Have you ever been there?
Yes! I was born there and spent the first four years of my life there too. All locations within my books are familiar to me.
What genre do you write and why?
Thrillers. I love being scared. I love to sit on the edge of my seat when I read and I absolutely adore unpredictable stories which shock the readers. My stories do just that!
Is there a specific ritualistic thing you do during your writing time?
I am an absolute creature of habit. Prior to writing, I re-visit my research notes, read them, along with the past two Chapters of the novel. I jot my ideas down, then write, write, write. No breaks, other than comfort breaks are taken and I eat nothing. Other than drink coffee, I remain in ‘the zone’ until my day’s work is complete.
Favorite travel spot?
Napili Bay, Maui has to be my favourite place in the world. I’ve written numerous Chapters of my thrillers on the beach there. It’s so very relaxing … hypnotic, even.
a Rafflecopter giveaway

Unknown said…
Dear Cheryl.
Thank you very much for your review of Mummy's Little Angel and for posting my interview. I am most grateful!
September 7, 2016 at 1:29 AM

traveler said…
A great review of this thriller which I would like to read. Thanks.
September 7, 2016 at 8:08 AM