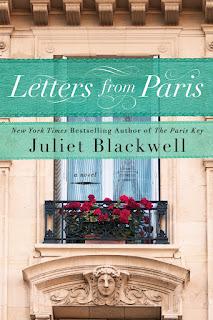 From the New York Times bestselling author of The Paris Key comes the story of a mysterious work of art and the woman inspired to uncover its history in the City of Light.

After surviving the accident that took her mother’s life, Claire Broussard has worked hard to escape her small Louisiana hometown. But these days she feels something is lacking. Abruptly leaving her lucrative job in Chicago, Claire returns home to care for her ailing grandmother. There, she unearths a beautiful piece of artwork that her great-grandfather sent home from Paris after World War II.

At her grandmother’s urging, Claire travels to Paris to track down the century-old mask-making atelier where the object, known only as “L’Inconnue”—or The Unknown Woman—was created. Under the watchful eye of a surly mask-maker, Claire discovers a cache of letters that offers insight into the life of the Belle Epoque woman immortalized in the work of art. As Claire explores the unknown woman’s tragic fate, she begins to unravel deeply buried secrets in her own life. 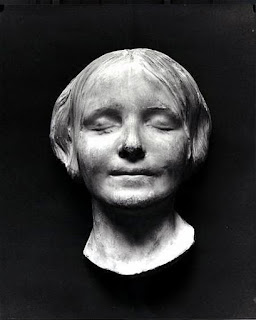 What a beautifully, crafted story of love, secrets, family, beauty, and freedom. Claire may have reinvented herself once before after leaving Louisiana but she found her true identity when she came to Paris. This is where with each passing day I found that Claire grew more and more into an independent woman. Where it concerned Armand, he in the beginning came off as very abrupt and a man of few words but yet I knew he was a good man. I was right. He and Claire made a good couple.

The past had lots to share about what brought Claire to Paris and the present. Thus the reason I was a little disappointed that the chapters were shorter then the present. There was a few time where I was just getting into the moment and then the story would flash back to the present as quickly. However the ending left me with a smile on my face. Letters from Paris is a book to be read.
Juliet Blackwell