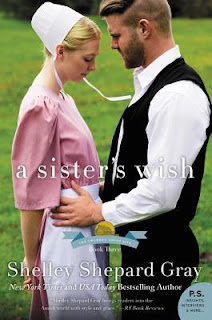 Amelia Kinsinger is the perfect Amish woman—at least according to her neighbors. And while Amelia takes pride in her role as homemaker, she’s also harboring a secret: She’s been in love with bad boy Simon Hochstetler for as long as she can remember. Too bad he’s about as far from “perfect” as an Amish man could get… but that’s exactly why she’s so drawn to him.
Life hasn’t been kind to Simon. He ran away from an abusive home at fifteen and things went downhill from there. Eventually, Simon landed in prison. But the experience changed him. Now back in Charm as a grown man, he’s determined to make a new life for himself and not think too much about his wild past…unless it pertains to Amelia.

He’s loved Amelia for years. To him, she represents everything good and kind in the world. When he realizes that she returns his affections, he starts calling on her in secret, even though her older brother Lukas—who just happens to be Simon’s best friend—has made it perfectly clear that Amelia deserves better. Simon disagrees and believes he’s the only one who can truly make her happy.

But when Amelia gets hurt, it sets off a chain of events that forces them to consider their future together—and face their past mistakes. There’s a chance for love… but only if Simon dares to trust Amelia with secrets of his past.
My Review
I have a soft spot in my heart for Amish stories. I just love to read them. I have been lucky to not find a book I did not like yet. Although, I am not familiar with this series. A Sister's Wish is the third book in this series. However, it can be read as a stand alone novel. After finishing this book, I want to go back and read the prior two novels as well as the upcoming Christmas book.
Everything about Amelia and Simon was great. They made such a good couple. I really enjoyed the fact that all Simon cared about was caring for Amelia over his own well-being. He was so gentle and kind with her. Yet, at the same time he let Amelia have a voice and make her own decisions. Amelia has such a warm heart. She loved and cared for Simon despite his flaws. She saw and understood that Simon's past did not define him as the man he was today.
Some facts about Charming:
Charm is located in the heart of Holmes County, home to rhe largest Amish and Mennonite population in the world.
The actual population of Charm is only 110 people.
The annual "Charm Days" festival is held in the fall every year. The highlight of the festival is the "woolly Worm Derby"
The largest business in Charm is Keim Lumber Company, Located on State Route 557, it has a large retail showroom and website and is open to the public.
ABOUT THE AUTHOR:
Shelley Shepard Gray is a New York Times and USA Today bestselling author, a finalist for the American Christian Fiction Writers prestigious Carol Award, and a two-time HOLT Medallion winner. She lives in southern Ohio, where she writes full-time, bakes too much, and can often be found walking her dachshunds on her town’s bike trail.
Don’t miss the first two books in The Charmed Amish Life series:
A SON’S VOW
A DAUGHTER’S DREAM
And coming October 18, 2016:
AN AMISH FAMILY CHRISTMAS 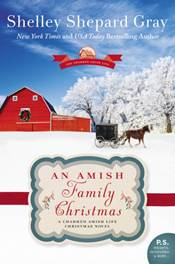