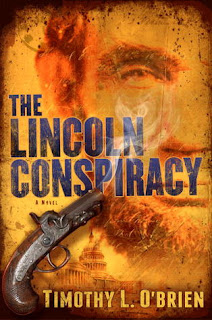 Did John Wilkes Booth act alone? Who was really behind Lincoln’s assassination? What about Mary Lincoln’s supposed “madness”? These questions and more are what set Temple McFadden and friends on what may well be a life-ending quest for some of them.


The Lincoln Conspiracy is a very well-researched book that throws up a few theories to make us think in a year when there seems to be a much-renewed interest in Abraham Lincoln and his life. In this novel he doesn’t really appear as this is after the assassination. Temple, a police detective, acquires two small books: One is Mary Lincoln’s diary and one is mostly in code. Mrs. Lincoln’s diary is interesting and reveals more about her husband than was previously known. The other book? Well, that’s the one that is causing Temple all his problems.

Temple’s friends and his wife decide to act. Fiona is to return the personal diary to Mrs. Lincoln. Temple, his friend Augustus (a freed slave) and more work to decipher the code using a system called the Vigenere table. What they find is most troubling.


This book would make an excellent gift for the Lincoln fan. It shows a lot about post-Lincoln Washington and it’s surrounding area. It also shows the character of the people living there, which is more important. If you’re a history buff at all, you’ve got to read this.

DESCRIPTION: A nation shattered by its president’s murder. Two diaries that reveal the true scope of an American conspiracy. A detective determined to bring the truth to light, no matter what it costs him

From award-winning journalist Timothy L. O’Brien comes a gripping historical thriller that poses a provocative question: What if the plot to assassinate President Lincoln was wider and more sinister than we ever imagined?

In late spring of 1865, as America mourns the death of its leader, Washington, D.C., police detective Temple McFadden makes a startling discovery. Strapped to the body of a dead man at the B&O Railroad station are two diaries, two documents that together reveal the true depth of the Lincoln conspiracy. Securing the diaries will put Temple’s life in jeopardy—and will endanger the fragile peace of a nation still torn by war.


Temple’s quest to bring the conspirators to justice takes him on a perilous journey through the gaslit streets of the Civil War–era capital, into bawdy houses and back alleys where ruthless enemies await him in every shadowed corner. Aided by an underground network of friends—and by his wife, Fiona, a nurse who possesses a formidable arsenal of medicinal potions—Temple must stay one step ahead of Lafayette Baker, head of the Union Army’s spy service. Along the way, he’ll run from or rely on Edwin Stanton, Lincoln’s fearsome secretary of war; the legendary Scottish spymaster Allan Pinkerton; abolitionist Sojourner Truth; the photographer Alexander Gardner; and many others.

Bristling with twists and building to a climax that will leave readers gasping, The Lincoln Conspiracy offers a riveting new account of what truly motivated the assassination of one of America’s most beloved presidents—and who participated in the plot to derail the train of liberty that Lincoln set in motion. 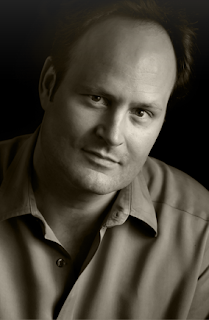 Timothy L. O’Brien is the Executive Editor of The Huffington Post, where he edited the 2012 Pulitzer Prize–winning series about wounded war veterans, “Beyond the Battlefield.” Previously, he was an editor and reporter at The New York Times. There, he helped to lead a team of Times reporters that was a finalist for a Pulitzer Prize in Public Service in 2009 for coverage of the financial crisis. O’Brien, a graduate of Georgetown University, holds three master's degrees -- in US History,Business and Journalism -- all from Columbia University. He lives in Montclair, New Jersey, with his wife and two children.