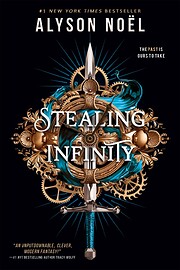 These days, I’ve been killing it when it comes to letting people down. Now I’ve been kicked out of high school, arrested, and accepted into a remote, off-the-grid school owned and operated by an inscrutable billionaire tech guru.Gray Wolf Academy is looking for a certain kind of student. Ones that no one will miss. Like me.Then there’s Braxton. The beautiful, oddly anachronistic guy who showed up right when the trouble started. And he’s a total enigma—which means that I definitely can’t trust him, even if there’s something about him that makes me want to.They all tell me I have a gift. A very rare gift. And Gray Wolf Academy wants me to learn it. To use it. Because if what they say is true, I have all the time in the world.And that makes me the most dangerous high school student you’ll never know…

I like the concept of this book. The time travel drew me in, and it was done well. What I was not expecting is the tarot cards, which got me excited. I have read a few books that incorporated tarot decks and each one has made me more interested in learning more about tarot. Readers of YA books will want to check out this book for themselves.

While I liked the elements of the story, I felt that it moved at a very slow pace. In fact, after a while, I found myself skipping ahead a few times to jump ahead the storyline. Even than the story still was slow. Additionally, I found myself not connecting to the characters as strongly as I had hoped. Sadly, this book was not for me.