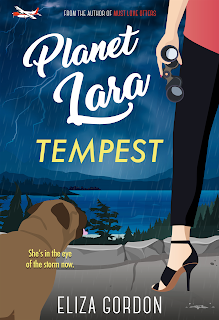 Although the Dea Vitae cult has been evicted from Thalia Island, Lara J. Clarke and her grandfather’s eco-utopia are still in peril. Rupert’s ongoing lymphoma treatment in Vancouver deposits Lara at Thalia’s helm—with no idea how to navigate the rough waters. And though Finan is back from the mainland after two tense weeks of silence, the sting of his unscheduled departure lingers.

Beyond the grind of running her own “planet”—while privately grieving the loss of her beloved grandfather and worrying if the cancer will take Number Two—Lara must contend with the reappearance of Jacinta Ramirez, a fugitive Clarke Innovations has been shielding all these years. Jacinta unveils disturbing secrets that reshape the history Lara’s been fed about her late mother’s past—and how much that past threatens to derail their cumulative future.

When overwhelming stress sends Lara to the bottom of the whisky bottle, Finan gently reminds her that slipping into old habits won’t fix what’s broken. As she tries to pull herself together, a tragedy strikes that brings her and Finan close again, but with a series of cryptic clues arriving on the island, the mystery of Dea Vitae, and its sought-after treasure, deepens, with menacing consequences.

Lara and Finan must work with investigators, and a few unsavory players, to dismantle the sinister machinations of Dea Vitae before it destroys their blossoming romance—and the sanctity of Thalia Island herself. 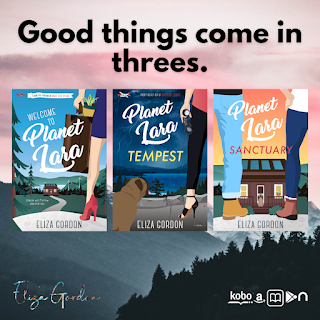 My Review
This book picks up from the first one. So, you really do need to read these books in chronological order. Plus, each one ends on a ciffhanger that will leave you waiting until the next book.
The first book felt like it moved a little slow but was a nice introduction to Lara and Thalia Island. With book two, things picked up and moved at a faster pace. Also, I had established the starting relationship with everyone. So, it was nice to see them again. The quirkiness that I liked from the first book was still here.
In the first book there was talk about the "mysterious" Jacinta. So, to get to meet her in person in this book was great. Some questions were answered but just like the first book, this one ends on a cliffhanger. I look forward to reading the third book to see how it all ends.
Welcome to Planet Lara, Book 1, BookFunnel:
Planet Lara - TEMPEST, Book 2, BookFunnel: 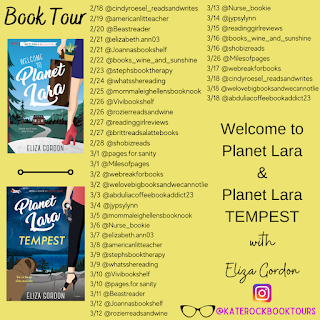