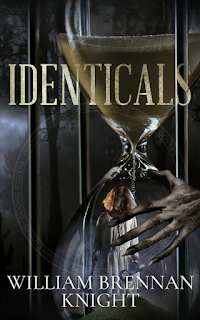 Identicals
William Brennan Knight
277 Pages
March 17, 2022
Altron Services
Book Links:
https://www.goodreads.com/book/show/60395379-identicals
Amazon: https://geni.us/identicals
Semi-Finalist in the 2021 Publishers Weekly/BookLife Prize Fiction Contest in the Sci-Fi/Fantasy/Horror category!
"Knight has crafted a disturbing, horrifying, and eloquently written novel that expertly captures the sensations of desperation, fear, and confusion."--2021 BookLife Prize Fiction Contest.
If you had the chance to bring back a lost loved one, but the cost was the death of an innocent person at your own hand, would you do it?
In the year and a half since Jack Clausen lost his five-year-old daughter, RosaMarie, his life has fallen apart. His marriage is failing, he’s been fired from his job, and his drinking is problematic. Sitting in a local bar on a typical weekday, Jack encounters an old woman who issues a dire warning: “You must be on time and pay your debt.” Later that night in a drunken stupor, Jack ignores three phone calls from his teenage son, Bryson. After learning Bryson was calling him for help but then died from an overdose, Jack decides he cannot live with the guilt and pain of losing two children.
Depressed and despondent, Jack steps off a platform into an oncoming commuter train. At the moment before impact, someone grabs him from behind and pulls him away from danger. His rescuer is a small person with unusual features who offers Jack a way to bring his daughter and son back, but there is a high price to pay. When Jack agrees to the deal but then refuses to pay his debt, events spiral out of control, leading to series of different realities, each worse than the one he originally tampered with.
My Review
It has been a long time since I have read a really good horror book. Thus, I was very pleased when I found myself really engaged in this story. The "identicals" are definitely, the things that nightmares are made of. The descriptions are enough to make you think long and hard if you want to make a deal with them.
In the beginning, I was not a fan of Jack but I do have to admit that when I understood more about what happened and realized how guilty and full of remorse that he really felt, I did warm up to him. Sometimes having a do over is not always the best thing as Jack did learn.
I enjoyed this book so much that once I started reading, I could not stop until I had finished the book. I do want to check out the other books by this author. 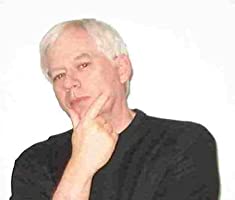 Author Bio:
William Brennan Knight is originally from Chicago and settled in Arizona in the late 1980s. In his life, he has been a father, musician and business owner. His passion for writing began early in his childhood and flourished as he grew older. He enjoys reading horror, supernatural thrillers and science fiction as well as memoirs and biographies.
Knight's books have received praise from a variety of recognized reviewers, including the Publishers Weekly/BookLife Prize Fiction Contest (semi-finalist), Horrornews.net and Readers Favorite (5-star winner).
Knight currently lives in Southern Arizona and spends most of the summer in the mountains of New Mexico.
Author Links:
https://authorwbk.com/
https://www.facebook.com/WilliamBrennanKnight
https://twitter.com/Williambrennank
https://www.youtube.com/channel/UC4OQ7vuKnqqbCQr5SU47MEA/featured
https://www.instagram.com/wbkauthor/ 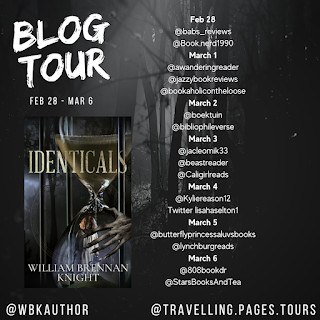