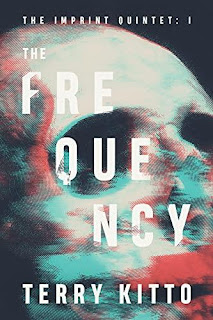 Death wasn’t an absolute end, but a further form of being.

Deep within the bowels of an abandoned Cornish mine a covert occult group, known as the Network, protects the living from the dead. Their mediums host a plethora of abilities — from telepathy to astral projection — because of their connection to an energy source called the frequency.

Fifteen-year-old Rasha Abadi and her mother are Syrian refugees granted leave to remain in Gorenn Village. The seaside town sprawls with beaches and idyllic coves, but the last thing Rasha finds there is peace. An impossible shadow visits her nightly and infests her mind with memories of the chaos that she and her mother fled in Syria. When she becomes possessed by the shadow, the Network intervenes to save her.

The shadow’s wrath knows no bounds and orchestrates a string of interconnected possessions across the south coast. Having survived the shadow, Rasha eagerly offers to aid the Network’s investigation. They must all act quickly to unearth its motive before it disrupts the balance between the living and the dead, and forges a new world from the embers of their own reality.

No choice will be easy for Rasha when thwarting a monster means becoming one herself.

The Frequency is a paranormal thriller exploring grief in a world where death is just the beginning and where reality can be rewritten. Fans of Stephen King and James Herbert will enjoy this mind-bending, paranormal thriller with LGBTQ+ and POC characters.

This is book one in The Imprint Quintet series, a five-part saga following a rag-tag group of mediums as they attempt to thwart an otherworldly tyrant from unleashing paranormal terrorism.

I really like the vibes of this book. It not only gave the vibes of a paranormal book but also, it kind of dipped into horror as well. Which I am here for it. Although, I will admit that in the beginning, I did struggle a bit to become engaged in the story as well as the characters. Yet, the further I got into the story; I did become more intrigued by it.

What was happening to Rasha was terrifying, but she was very composed. Yet, it showed the Network's importance it was to stop the shadow's wrath. The diverse cast of characters is which I do also like about this book. There is a character for everyone to relate or connect to. This is a good start to this series that I would continue with reading the next book. 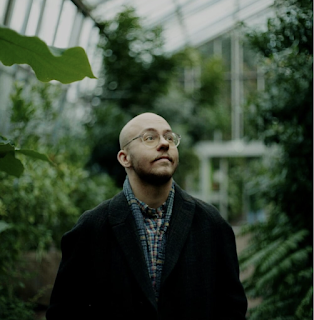 Born and raised in Cornwall, England, Terry Kitto is never found without reading a book or penning one of his own. Teaching himself to write screenplays in Sixth Form, he took his creativity to Film School at Falmouth University. There he wrote the first draft of biopic Christopher’s Queen and studied postmodernism in long running television series’, earning a First Class with Honours. He further developed his television writing skills at the University of Salford, with a PGDip in TV and Radio Scriptwriting.

In February 2015 he won the award for Best Writer at the New York 100 Hour Film Contest with the short Can You See Me? and was shortlisted for the BBC's Writers Room 2016 with comedy-drama Brunswick House.

The Frequency, part one of The Imprint Quintet, is Terry's debut novel. 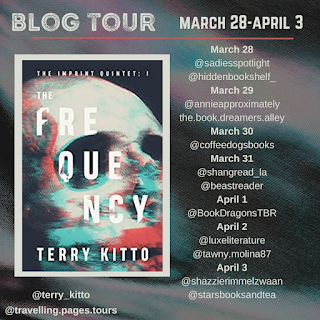