Spirit of the Fox 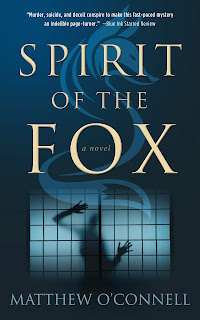 She’s lost her mother and her memory. And if she fails to escape… she’ll lose herself.
Meiko Wright wants nothing to do with the mother who abandoned her nine years ago. Spending a year in Tokyo, where her mother lives, won’t change that fact. But when she takes a nasty fall in a Shinto temple, she wakes with no memory of her mother… or anything of her past life. Without any idea who she is, she must rely on the kindness of a local priest who offers to help her as best he can. When the amnesiac Meiko wakes with a strange suspicion that something isn't right, she vows to escape from a bond she doesn't truly understand.
After years apart, Meiko’s mother Chieko is determined to make up for lost time. But when her daughter mysteriously disappears, Chieko promises she won't lose her again. Along the trail of clues, the detectives working Meiko’s case discover a pair of suicides linked by a strange seductress and matching fox tattoos. Afraid her daughter may be next, Chieko visits a local shaman who tells her dark spirits could make her attempt for a rescue impossible.
With time running out, Meiko and her family must uncover the mystery of her mental captivity before she loses herself and her only way home forever.
Spirit of the Fox is a cerebral mystery novel. If you like Japanese culture, riveting suspense, and the power of family, then you’ll love Matthew O’Connell’s intersection of science, spirituality, and folklore.
Buy Spirit of the Fox to puzzle out a mind-bending mystery steeped in Japanese folklore today! 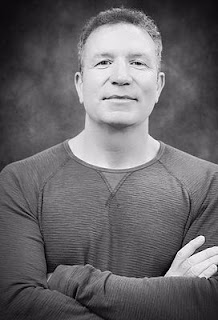 I’m not exactly sure when I decided to become a novelist, but I have always loved fiction. I'm sort of a plodder when it comes to reading (and writing as well).  I enjoy lingering on the dialogue, the descriptions, the scene and setting. While my tastes are pretty eclectic, I am definitely drawn to books that push the limits of reality.
I recently sold the company, Select International, that I co-founded in 1993.  We started the company in Guadalajara, Mexico where my wife Mari and I lived and worked for a little over two years with a wonderful group of employees. It was a phenomenal experience; we both learned not only to speak the language but also to embrace the Mexican culture and people.
In the past twenty years I’ve written over two hundred white papers, journal articles, book chapters and even a book, Hiring Great People. But writing technical papers is far removed from writing fiction. There are more constraints -- the need to backup what you write with results or references, and the format is usually clearly outlined, and frankly, somewhat rigid. Fiction, though, is truly a blank page, which is both liberating and terrifying.
Almost ten years ago I got the idea for The Painter of Time, my debut novel. Then, of course, it was just a concept that needed a lot of fleshing out. It meant a lot of research on art history and art restoration, neither of which I had any formal training or experience. But I love doing research and learning new things so it was a natural fit. What I didn’t realize is how hard it is to actually write a good novel. There’s much more involved in the actual craft of writing that I ever expected.
I recently finished my second novel, Spirit of the Fox, which takes place in Japan. It should be coming out on Amazon in October.
Mari and I split our time between Incline Village, NV (essentially Lake Tahoe) and San Diego, CA, both of which are phenomenal locations, both beautiful in their own way. We share our lives with our two dogs, and two cats.
Matthew O’Connell