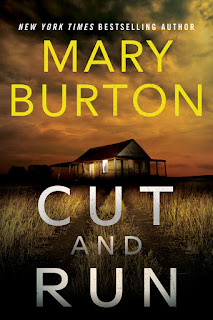 Trauma victims are not new to medical examiner Faith McIntyre, but this one is different. The unconscious woman clinging to life after a hit and run is FBI agent Macy Crow. What the woman from Quantico was doing in a dark alley after midnight is just one mystery. The other is more unsettling: Macy is Faith’s mirror image—the twin sister she never knew she had.

Faith knew that she was adopted, but now she’s finding that her childhood concealed other secrets. Following the trail of clues Macy left behind, Faith and Texas Ranger Mitchell Hayden make a shocking discovery on an isolated country ranch—a burial ground for three women who disappeared thirty years before.

They weren’t the only victims in a killer’s twisted plot. And they won’t be the last.

As the missing pieces of Faith’s and Macy’s dark lives snap into place, Faith is becoming more terrified by what she sees—and by what she must do to save her sister and herself from the past.


If you are a fan of mysteries and suspense books, then, you need to check out author, Mary Burton. This latest offering from Mary does serve up good characters, a nice storyline with a mix of action and intrigue.

I liked Faith. She was a good mixture of intelligent but personable as well. Thus in turn this made her relatable. A very important quality to have in a character. It makes reading a book much easier. There are several other characters featured in this book. They didn't play second string but equal parts to Faith.

Which, I am a fan of this author's and her books. I do have to admit that I struggled in the beginning to really find my footing wit this book. The first chapter or two were good but after that it seemed like there was a lot of time spent in the details of trying to piece everything together. Not that details are not important but too much time spent causes the story to get bogged down. The second half of the book is much better. It is where the most of the action happened. Plus, the story moved faster. There are a few twists along the way.
Mary Burton