What's in an Accent? with Amelia Grey

March 30, 2009
I am pleased to have author Amelia Grey stopping by today. Her latest release is titled A Duke to Die For. 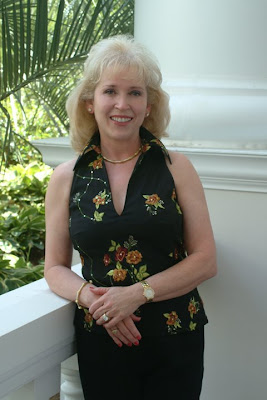 
All right, I admit that I am one of those ladies who go wild over a British accent.

Perhaps you watched Saturday Night Live a few weeks ago when Hugh Laurie (better known as House) was the host. One of the skits was where two of the ladies on SNL were interviewing Laurie. They didn’t care what he said. They just wanted to hear Hugh talk! (I think he’s Australian, but that’s close enough to British). And they drooled and panted over every word he said. I was laughing so hard. I just kept thinking that’s me! I’m just that silly over a British accent. Maybe it’s because I grew up during the British invasion. Ah—not the Revolutionary War invasion but the music one; the Beatles, the Rolling Stones, Herman’s Hermits.

When I was in middle school I used to go around faking a British accent. I must have sounded so goofy to my friends, but they were kind enough not to tell me. I don’t know how they put up with me. But that young and innocent love for the British rock ‘n roll stars is probably the reason I now love Regency romances so much. I can go head over heels for a gentleman who is tall, blond and British, and if he’s titled that makes him all the more appealing. To me there’s something downright sexy about a man who’s born to power and privilege, but he never misuses either. But these days I’m not daydreaming about Paul McCartney and Ringo Starr, or Mick Jagger and Peter Noone, I’m filling my days with heroes from Regency England as I write about A Duke To Die For, A Marquis to Marry and An Earl To Enchant. My new trilogy, The Rogues’ Dynasty is just a continuation of my love for the British.

Every time I write dialogue I hear that sexy British accent in my head. And I just love it! Just like the girls on SNL… Who’s your favorite British Boy?
Amelia Grey

Joanna Waugh said…
Good grief, Amelia, did you ever bring back memories! When the Beatles came to Chicago, a bunch of my friends and I took the train into the Loop and walked around talking with British accents. Like that fooled anyone. We had it really bad. I still do too.
March 30, 2009 at 7:21 AM

Amelia said…
Hello everyone! Thank you Cheryl for having me as a guest today!
Joanna, I'm so happy that you took a trip down memory with me!
Amelia
March 30, 2009 at 11:41 AM