Take a thrill ride with Gauntlet 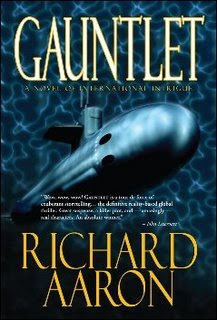 The United States thought they had come up with the perfect way to dispose of six hundred tons of Semtex. They would denote it out in the desert of Libya. Shortly after the big explosion, CIA agent Richard Lawrence learns that some of the Semtex was high jacked enroute.

Then an “Emir” televises that he plans to blown up a major landmark somewhere in the world. The only other piece of information that the Emir provides is that he plans to attack within the month. To hide the disaster that the USA has on their hands, the president issues a cover up.

Now the president and the rest of the world are relying on the Terrorist Threat Integration Center, otherwise known as TTIC to help locate these terrorists before it is too late. The TTIC was founded on May 1, 2003 due to attacks on American soil. Hamilton Turbee, a mathematician and programmer is the newest member to join TTIC. He also happens to be very brilliant. He has found a way to track the Semtex. Unfortunately these terrorists are lead by a very rich and smart man. He has come up with ways to evade the US and stay one step ahead but how long will he be able to keep it up?

Let me first start off by saying I am enthralled by Mr. Aaron. Gauntlet is his first novel and the first in a series. I was barely a third of the way into this story and already I was thinking about how much I really wanted to pick up the second book in this series. Each character in this story played a piece of the puzzle. Richard Aaron's writing was so vivid it was like I could feel the grit of the sand. Plus talk about an adrenaline rush. This story spanned across many different continents from the Middle East to the US, to Canada. Gauntlet is not for the faint at heart. If you are looking for a solid, best-seller then do yourself a favor and pick up a copy of this book today.