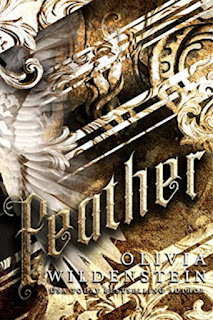 It was supposed to be a quick mission. The only thing quick about it was how rapidly I failed.With only a month left to earn her missing feathers, twenty-year-old Leigh embarks on a trip to Paris to meet her newest project, twenty-five-year-old Jarod Adler, leader of the Parisian Mafia and the worst kind of sinner . . . a Triple.If Leigh can get Jarod to accomplish a single act of kindness, she stands to win 100 feathers, more than enough to complete her wings and ascend to Elysium, the land of angels.What she doesn’t count on is Jarod’s dark charm costing her feathers.She’s dead set on saving him, and he’s dead set on destroying her.Until he realizes destroying her wings is also destroying her heart.A heart he longs to hear beat only for him.A modern ROMEO & JULIET retelling featuring an epic sinner and the angel who’ll stop at nothing to save him. Perfect for fans of dark supernatural romance.

Wow. I really enjoyed this book. Although, I will admit that I was hoping for a bit more spice. It did feel on the edge of Ya/New adult. While, the steam between Leigh aka Feather and Jarod did not happen until about the last third of the story, I was not mad about it.

This is because, the overall storyline was lovely. It allowed me the chance to really get to know Leigh and Jarod better and see their relationship evolve. By the time that they did become intimate, I was fully invested in them. The feeling of "touch" can be so sensual. The way that Jarod brushed Leigh's feathers was very hot. I look forward to reading the next two books in this series.