A Dress the Color of the Moon 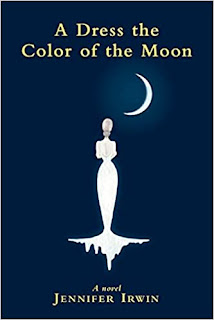 Prudence Aldrich is a sex addict. Five weeks ago, she checked into the Serenity Hills rehab center to prevent that addiction from ruining every important relationship in her life. Now Prue must face the trail of destruction she left behind, including mending the broken bond with her teenage son, finalizing the divorce from her husband, Nick, and using a newly learned set of skills to ward off her insatiable cravings for male attention—a compulsion that puts her friendship with lifelong pal Lily to the test.Adding ever further complications to the hurdles in her path is the arrival into town of Alistair Prescott, her in-rehab romantic obsession, and the one person in the world most capable of throwing Prue off her recovery. Meanwhile, Serenity Hills counselor Mike Sullivan is undergoing a crisis of his own—one that will drive him to the rediscovery of a lifelong passion . . . and causing him to cross paths again with Prue, his former patient.A Dress the Color of the Moon tracks the rocky and sometimes disastrous path to recovery—a recovery that will require Prudence and her friends to face down the demons of their pasts while learning to accept the fearful uncertainty that comes with living life on your own two feet.

I have not read book one. Which in a way I did feel like it would have helped but at the same time it did not hinder my ability to read this book. It just would have helped in the connection I had with the characters. It took me a while to form that emotional connection. Once, I did I was able to better immerse myself into this book.

I have never suffered from an addiction that required professional help. Although, I have been around some people and my work involves trying to help people. So I missed the before as this book takes me to the after of Prue's actions. It shows how all of Prue's relationships both on a friend, family, romantically, and professionally were affected by her choices.

Reading this book, did feel "raw" in the sense of what Prue was feeling with her emotions. As the story played out, it was a wonderful one.