1984 meets LOST in this Sci-Fi/Dystopian nightmare… 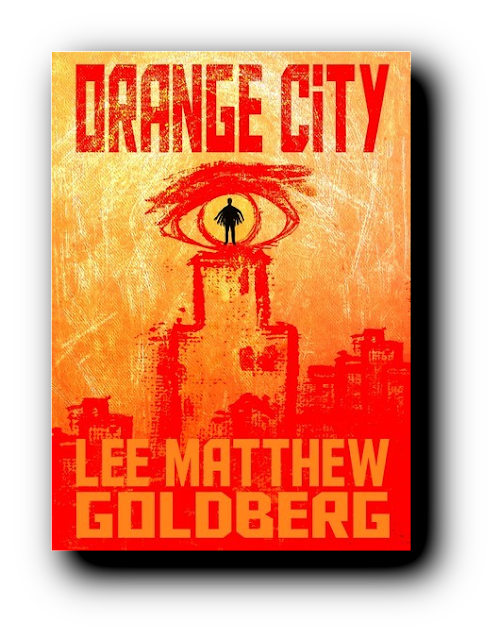 Imagine a secret, hidden City that gives a second chance at life for those selected to come: felons, deformed outcasts, those on the fringe of the Outside World. Everyone gets a job, a place to live; but you are bound to the City forever. You can never leave.

Its citizens are ruled by a monstrous figure called the "Man" who resembles a giant demented spider from the lifelike robotic limbs attached to his body. Everyone follows the Man blindly, working hard to make their Promised Land stronger, too scared to defy him and be discarded to the Empty Zones.

After ten years as an advertising executive, Graham Weatherend receives an order to test a new client, Pow Sodas. After one sip of the orange flavor, he becomes addicted, the sodas causing wild mood swings that finally wake him up to the prison he calls reality.

A dynamic mash-up of 1984 meets LOST, Orange City is a lurid, dystopian first book in a series that will continue with the explosive sequel Lemonworld.

E has been tasked by The Man to get Graham to the city. Once in the city, E is to watch over Graham. Things go side ways when Graham gets a taste of POW. A soda drink that is more than just a soda. There are many different flavors but orange is the one that Graham can't get enough of.

The first book I read from this author was The Mentor. I absolutely loved that book. It blew my mind in a great way. I was instantly hooked and wanted to read more books by this author. In fact, I can still remember this book years later. My next book from this author fell down the scale for me to be middle of the road. Yet, I have to say that it is moving in the right direction again with this newest book.

I can't wait to read the sequel Lemonworld. I am sure it will guarantee to be a wild ride like this first book. While, this book may have a take on the dystopian genre; it could actually be reality. The way that our current society is so "social media" focused, it could be easy to see how this story could be reality. "Drink the kool aid" or in other words "Drink Pow".

Most everything you read or see on the internet is not the whole truth but unless you are willing to not "Drink the kool aid", it can be easy to miss the truth.

"In his compelling novel, ORANGE CITY, novelist LEE MATTHEW GOLDBERG, has crafted a unique dystopian thriller that manages to reveal our greatest fears about emerging technology and our anxieties at what the future holds." - Raymond A. Villareal, Author of A People's History of the Vampire Uprising.

“Lee Matthew Goldberg's brutal, fast-paced thriller is a compelling reminder of how our society is always a few small steps away from a dystopia." -- Robert Repino, Author of Mort(e) and the "War with No Name" series.

At six on the dot, the gloved cellular let out a piercing ring. A timer turned on, ticking down with each buzz. E wouldn’t have long to remain idle. The entire pod apartment vibrated, and his capsule bed slid open. The white ceiling drew his attention, the walls devoid of color, a minimalist’s fantasy—nothing like a home.

Shades of the dream from last night still lingered. His knuckles painted with blood as he beat a shadow. The voice of the shadow belonging to a ten-year-old boy. The boy’s cries stabbing E’s ears. He shook that dream away.

He removed the intravenous tube that connected him to his bed and switched off the cooling mist which allowed him to slumber for days. He stretched his old bones, his hair standing up in a state of white shock like it had since he was a young man. Swinging his thick legs over the side of the bed, he yawned at the morning before finally answering his cell.

“I’ll be right there,” he coughed into the digital eye on his gloved palm.

He removed the glove and pushed a button on the side of the bed. Doors opening along the wall revealed a sliver of a kitchen with a piping pot of subpar and gritty coffee brewing on the counter— the best offered to the Scouts— and two sizzling poached eggs from a suspect source. He scarfed down the eggs and pushed another button to raise the shades along the lone wall facing east. The heart of The City hovered in the near distance, its new buildings staggering on one end like giant colorful stalagmites. Sipping his black coffee, he watched it in motion as he did every morning.

Between the Scouts and the rest of The City lay a half a mile of ice water. The City was made up of many Regions, his situated on the outskirts. Sometimes he wondered what it would be like to fall into those frosty waters and drift off to wherever it might choose to take him, no longer having to shuttle between The City and the faraway Outside World anymore. But instead of a dramatic suicide, he suited up and headed through the tunnel with a suitcase in hand like he had for twenty years. He’d convinced himself long ago that living here was better than rotting in prison like he would’ve been if they hadn’t selected him. At least he was still able to get lost in a bottle of whiskey or feel the sun against his cheek during the few instances it was allowed to peek through the chronic clouds. Even though The City was far from ideal, the Outside World remained definitely worse. It reminded him too often of the man he used to be and of the terrible sins he’d committed. These thoughts returned at the beginning of every week while he geared up for another one, as he wondered if one day the Man in the Eye might give him a promotion and he wouldn’t have to be a Scout anymore.

That way, he’d never have to return to the Outside World.

Then, he could possibly be at peace, like all The City’s inhabitants wished.

Check out my book at Goodreads! 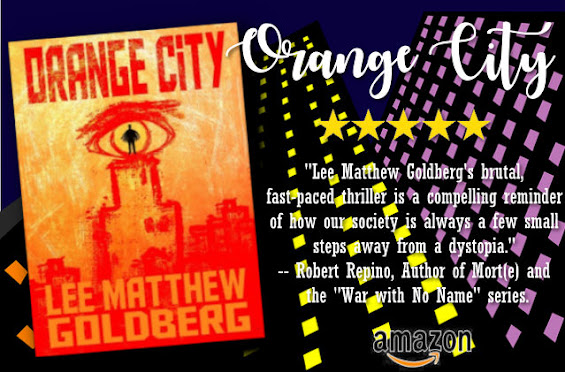 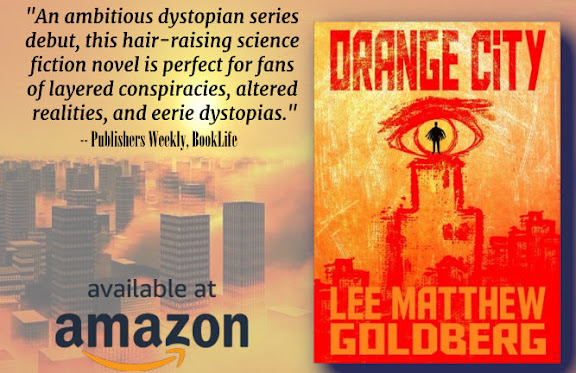 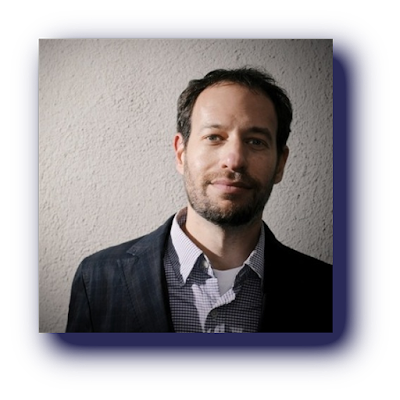 Lee Matthew Goldberg is the author of the novels THE ANCESTOR, THE MENTOR, THE DESIRE CARD and SLOW DOWN. He has been published in multiple languages and nominated for the Prix du Polar. His first YA series RUNAWAY TRAIN is forthcoming in 2021 along with a sci-fi novel ORANGE CITY. After graduating with an MFA from the New School, his writing has also appeared in The Millions, Vol. 1 Brooklyn, LitReactor, Monkeybicycle, Fiction Writers Review, Cagibi, Necessary Fiction, the anthology Dirty Boulevard, The Montreal Review, The Adirondack Review, The New Plains Review, Underwood Press and others. He is the editor-in-chief and co-founder of Fringe, dedicated to publishing fiction that’s outside-of-the-box. His pilots and screenplays have been finalists in Script Pipeline, Book Pipeline, Stage 32, We Screenplay, the New York Screenplay, Screencraft, and the Hollywood Screenplay contests. He is the co-curator of The Guerrilla Lit Reading Series and lives in New York City. 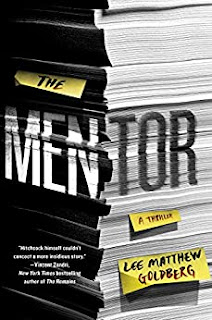 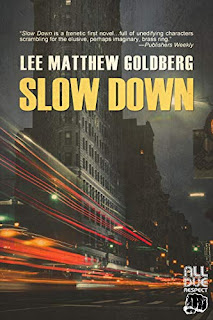 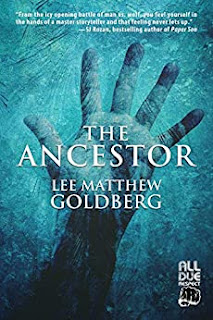 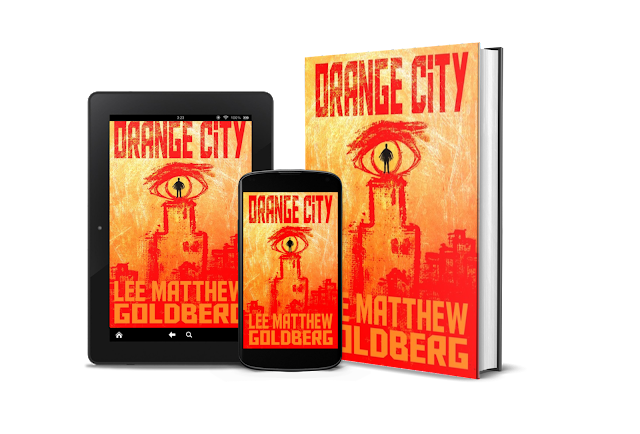