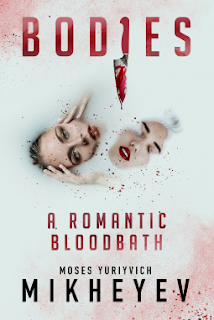 High school genius and sociopath Vince Nilsson is obsessed with Melissa Price. So when she rejects him after a few dates, he devises the perfect plan—manipulate her genes to make an even better version of her . . . one who’s more receptive to him. Of course, he’ll have to kill the real Melissa first. But is it really murder if the person still exists?

As he continues to “perfect” Melissa, he realizes he can change the world, one gene at a time. Before long, Vince is an underground celebrity, and his company, Emergence, Inc., is in high demand with spouses wishing to replace their better halves with improved clones and parents desiring healthy children.

But the pursuit of perfection has ramifications. Now, decades later, when a body mysteriously shows up at young Leo Oaks’ door, it’s up to him and his girlfriend, Sara Hawking, to unravel the enigmas of a new world where authenticity is ambiguous and no one is who they seem. As the two grow closer, they begin to discover secrets about their own pasts. And just how entwined their lives are with Emergence, Inc. . . .

A thought-provoking and vividly imagined techno-thriller set in the not-so-distant future, Bodies examines the price of idealism in this riveting page-turner.

I really appreciate the author's honest admission that he knew what he was writing and wanted to go there. He was looking for the "shock value". The author got it. I know I was shocked but at the same time appalled and disappointed with this book.

I was appalled because of the derogatory way in which the female clones were portrayed in the first part of the story. They were used as sex objects. Now for the disappointment. I was disappointed/bored by the latter two thirds of this book. It kind of had the feel of a futuristic story which I liked but it was like I was reading two different books. I got the tie in from the first part of the story to the other part but I was not looking for a futuristic story but a horror story.

To be honest, I was expecting a bunch of gore and gruesome scenes. Especially from the book cover, the title of the book and the warning that comes with the book. So for me this book was a sad fail. I would have been fine even with the "shock value" if it had been portrayed in another way.

WARNING: This novel isn’t for everyone. It contains graphic content, gruesome scenes, explicit language, violence, and other mature themes.

If you are a sensitive reader, please do NOT read this novel. Only read at your own discretion.