Birth and Other Surprises 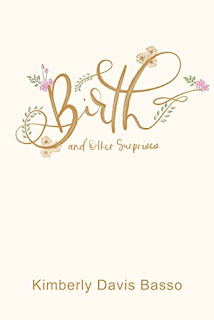 Birth and Other Surprises is a memoir of childhood in the seventies (no seat belts, no bike helmets, lots of eating paste) and early parenting adventures (no privacy, no clue, lots of eating what's left on the plate) by INDIE Book of the Year Finalist for Humor Kimberly Davis Basso. Both a follow up and a prequel for fans of I'm a Little Brain Dead, it's written in the same brutally hilarious style and will ignite book club discussions all over again. Early parenting lessons from a child of the seventies - because you have to remember what it's like to be a child, in order to raise a child.Why, yes, there is a chapter on Epidurals, Episiotomies and Enemas called E.e.e.k! and Kimberly did do all the research herself. You'll also get the Top Ten Questions she should have asked while pregnant and learn The Stupidest Thing We Ever Did, 1978 edition in addition to interactive portions of the book, like the Parenting Spirit Animals Quiz. 100% not scientific and yet still remarkably accurate- turns out Kimberly's spirit animal is a sea horse, like so many. Lovely Hubby does make an appearance or two, what with being the other half of her procreative process and once again all names have been changed to protect the innocent. Even if you aren't a parent, the alien analogies alone are worth a look. After all, Kimberly wasn't born, she arrived.

While, I am not a mom, I still found this book hilarious. I have babysat a lot and took care of my nephews and niece throughout the years. Only to watch them grow up. I know it is not the same as being a mom caring for your own children. Although, I could imagine all of the emotions that Kimberly must have been experiencing during these life moments.

So, it just goes to show you that you don't really have to be a mom to enjoy this book. Yet, you will probably enjoy this book a lot more if you are a mom. There will be so many times throughout the book that you will find yourself saying "Yes, I can relate to that".

This book would make a good book club discussion book or handed out to teenagers at sex education class. Do they even do that class anymore. Haha. Either way, this book is one to pick up.