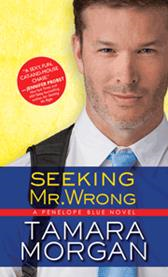 A fool-proof way to spice up any relationship:

1. Infiltrate a deadly ring of thieves, cons, and crooks.

2. Try to escape with your lives. Penelope Blue used to be one of the best jewel thieves in New York City—but that was before falling in love with FBI poster boy Grant Emerson.

Now she works at his side, helping her former enemy catch her past-life colleagues, and she couldn't be happier.

If only Grant would remember to play by the rules. Now he's gone undercover on a cruise ship full of hardened criminals. To keep him safe, Penelope must pretend they're nothing but strangers…while searching for an information broker desperately wanted by the FBI. While doing her darndest not to backslide and steal 20 million dollars' worth of diamonds from beneath the noses of the criminal elite. It's all Penelope can do to keep this mission afloat…

Good thing this cat burglar has plenty of lives to spare.

I have been a fan of this series since the beginning. Yet, this would have to be the weakest book in the series. It lacked most of the witty humor that I have really grown to enjoy from these books. If it was not for that, I would think this was a good book. However, because I know how good these books can be, I was disappointed. It took me a long time to read this book. I did stick with it because again I am a fan. The second half of the story was better. There was more action happening.

Penelope and Grant still make a great couple. They really do balance each other out like ying and yang. It was like a family reunion aboard the cruise ship. There was Penelope's father, Tara, Riker, Jordan and ex-boyfriend, Hijack. Everyone trying to watch the other one was a bit funny. While, I think that Penelope has done a good job of being a "good" girl, it was nice to see her entertain the idea of being a thief again. She has skills. I hope that the next book finds the witty humor again.


Before my foot has a chance to touch the ground, my back comes into contact with a fleshy wall that I could swear wasn’t there a moment ago. A pair of strong hands grab me by the waist to ground me, the grip familiar for the fraction of a second it lingers.

“Whoa, there,” says a low, rumbling male voice. “Take it easy. You don’t look too steady on your feet.”

Even if I had been steady on my feet, I wouldn’t be now. I know those hands, and I know that voice—and more importantly, I know the body that houses them both.

“She’s fine,” Hijack says for me, his hand once again taking a proprietary place on the small of my back. “She’s not used to the constant movement of the ship yet, that’s all.”

I manage a feeble smile and look up into my husband’s face. It’s a testament to his skills as a federal agent and a man of steel that no signs of his emotions are apparent. At least, no signs of his emotions are apparent to anyone meeting him for the first time. As I know full well, that unreadable look in his eyes only appears when he’s hiding something.

Amusement, if I’m lucky. Anger, if I’m not. At this point, it could go either way. I guess I’m not the only one who noticed Hijack’s hands in my hair.

Grant lifts a brow. “Good thing she has you to take care of her. And to speak for her, it seems. Does she have a name?”

“As it so happens, she does.” I offer him my hand. “Penelope. Penelope Blue. And you are?”

“Kit O’Kelly, at your service.”

I fully expect him to shake my hand or, given the formal way he introduced himself, bow at the waist, but he lifts my fingers to his lips and drops a light kiss on the surface instead. Between the tuxedo molded to his godlike form and the dark hair that gleams in the moonlight, it’s all I can do not to swoon at the contact. Especially since he lingers a moment longer than necessary, the touch of his mouth soft and warm against my skin. The whisper of his breath is a reminder of everything I want right now—and everything I can’t have.

“Penelope Blue, Penelope Blue…” He says my name with the affectionate inflection he normally reserves for our private time together. “The name is familiar, but I can’t think why. Should I know you?”

I struggle to keep a laugh from springing to my lips. The question is a ridiculous one. There’s no man on earth who knows me better than this one; even before we were married, he had an alarming amount of insight into my inner workings.

“Probably not,” I say. “I’m a pretty small-time thief. But you might know my father, Warren Blue.”

He pretends to think about it for a moment before shaking his head. “No, that’s not it. Were you in Prague last year?”

“I’m sorry. You must have me confused with someone else.”

“Impossible. I never forget a face, especially one as beautiful as yours.”

I can’t help it. I blush. It’s the cheesiest and most overused compliment in the world, but the way Grant’s eyes—no, the way Kit O’Kelly’s eyes—are devouring me makes me feel as if I’m standing on deck without a scrap of clothing on. It’s been less than two days since he and I parted ways, and already his absence has become a physical ache.

This is a man I cannot live without, I think. And this is a man who’s never been in more danger than he is right now.

Despite the balmy air of the Caribbean, I shiver.

He sees it, of course. The stubborn idiot is unable to hide his concern over my well-being and starts to shrug out of his jacket.

I jump back, determined to put as much space between us as possible. If he touches me again, if he keeps being solicitous and caring to a perfect stranger, Hijack is going to notice. My ex-boyfriend is far too interested in my FBI husband for my comfort level. The last thing we need is him asking more questions.

“I’m fine,” I state, even as goose bumps break out on my arms. “It was just a cold breeze.”

Hijack clears his throat, and I turn to him with a smile, grateful for the distraction he offers. “This is Hijack,” I say, nudging him forward. “I don’t think you’ll have heard of him either—he’s even smaller time than I am.”

“Hijack?” Grant offers his hand. “That’s an interesting name. Am I to take it literally?”

“Not while we’re on board the Shady Lady.” He shakes Grant’s hand, both their fingers gripped way too hard for a friendly greeting. “Except for the ship itself, there’s nothing here for me to hot-wire. We’re sorry to have interrupted your meal, but like I said, the lady needed some fresh air. She wasn’t feeling well.”

The lady still isn’t feeling a hundred percent, but no way is she going to show it. If Grant thinks for one second that I’m not able to see my side of this job through, we’re both done for. I’m supposed to be the one worrying about him out here, not the other way around. 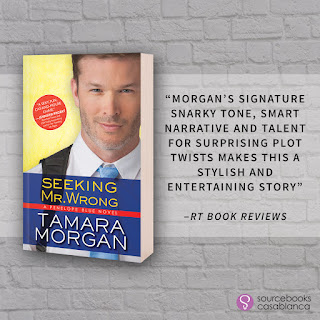