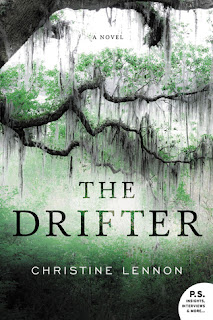 
Megan Abbott meets M.O. Walsh in Christine Lennon's compelling debut novel about a group of friends on the cusp of graduating from college when their lives are irrevocably changed by a brutal act of violence.

For two decades, Elizabeth has tried to escape the ghosts of her past…tried to erase the painful memories…tried to keep out the terrifying nightmares. But twenty years after graduating from the University of Florida, her carefully curated life begins to unravel, forcing her to confront the past she’s tried so hard to forget.

Elizabeth and her two closest friends, Caroline and Ginny, are having the time of their lives in college—binge watching Oprah, flirting for freebies from Taco Bell, and breaking hearts along the way. But without warning, their world is suddenly shattered when a series of horrific acts of violence ravage the campus, changing their lives forever.

Sweeping readers from the exclusive corners of sorority life in the South to the frontlines of the drug-fueled, slacker culture in Manhattan in the ‘90s and early ‘00s, when Elizabeth is forced to acknowledge her role in the death of a friend in order to mend a broken friendship and save her own life, The Drifter is an unforgettable story about the complexities of friendships and the secrets that can ultimately destroy us.

First off, I have to comment by saying that this book did not do it for me. The only appealing aspect of this book was the time period and location. I did feel like I was back in the 90's but that was the only thing that I liked about this book. Not to say that I did not give it the college try. I read about half way. Yet, reading and actually immersing myself into this book are two different outcomes.

To be begin with, Elizabeth was not that interesting. Well not the present Elizabeth anyways. I honestly don't know why Elizabeth, Caroline and Ginny were friends as they did not really act like best friends. Maybe casual friends. My issue with this book was that it dragged on and on without really going anywhere. I kept trying to guess what the big, dark secret was but it seemed to take forever to get to the point. I finally jumped ahead to see what the event was that changed every ones lives. At this point I had no reaction. Sadly, this book was not my cup of tea. 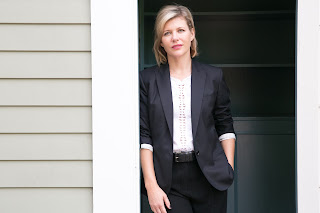 Christine Lennon is a Los Angeles-based writer and editor. Before she moved to the West Coast to start her freelance career, she was an editor at W, Vogue and Harper’s Bazaar. Since then, she has written for publications including T The New York Times style magazine, The Wall Street Journal, Town & Country, W, Vogue, Harper’s Bazaar, Martha Stewart Living, Sunset, C California Style, Marie Claire, Self, Net-a-Porter’s Porter and The Edit online magazine— among others.

Her first novel, THE DRIFTER (formerly GAINESVILLE), will be published February 21, 2017: “Journalist Christine Lennon’s GAINESVILLE, alternating between 1990s Florida and present-day New York, about a group of friends on the cusp of graduating from college, whose innocence is shattered by a brutal act of violence that changes the course of their lives, to Emily Krump at William Morrow, by Brettne Bloom at The Book Group (World). [Publisher’s Weekly]”.

Christine lives in Hancock Park with her husband, Andrew Reich, and their two children.

Wednesday, March 8
Book featured at Reviews by Crystal
Book reviewed at Curling Up by the Fire