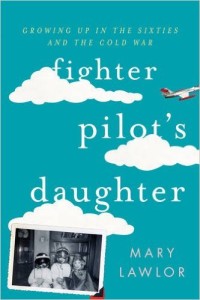 In the process, FIGHTER PILOT’S DAUGHTER shows how the larger turmoil of American foreign policy and the effects of Cold War politics permeated the domestic universe. The climactic moment of the story takes place in the spring of 1968, when the author’s father was stationed in Vietnam and she was attending college in Paris. Having left the family’s quarters in Heidelberg, Germany the previous fall, she was still an ingénue; but her strict upbringing had not gone deep enough to keep her anchored to her parents’ world. When the May riots broke out in the Latin quarter, she attached myself to the student leftists and American draft resisters who were throwing cobblestones at the French police. Getting word of her activities via a Red Cross telegram delivered on the airfield in Da Nang, Vietnam, her father came to Paris to find her. The book narrates their dramatically contentious meeting and return to the American military community of Heidelberg. The book concludes many years later, as the Cold War came to a close. After decades of tension that made communication all but impossible, the author and her father reunited. As the chill subsided in the world at large, so it did in the relationship between the pilot and his daughter. When he died a few years later, the hard edge between them, like the Cold War stand-off, had become a distant memory.

To be perfectly honest, in the beginning I was not feeling this book at all. I wanted to be done with it even before I barely was into it. Yet, because it is in one of my favorite genre's to read, I decided to give it a second chance. So, glad that I did. Author, Mary Lawlor did a very good job of portraying her family life with a military father.

What I enjoyed the most was not just about Mary's father's experiences in the military but additionally what life was like living back in this time of the Cold War. I am not as well versed in this war as I am WWI or WWII.

While, Mary's father may have been the one fighting in the real war; Mary's mother was fighting her own battle to keep her family together and raising them as best she could. Which I thought she did a good job of doing so. For a lot of Mary's stories about her father, they were serious, so it was nice to read about her laughing over the beer experiment incident. This is a well written book. The family pictures were a nice addition as well. 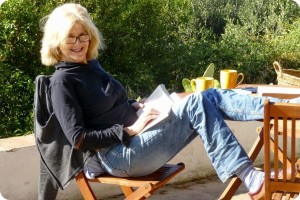 
Mary Lawlor grew up in an Army family during the Cold War.  Her father was a decorated fighter pilot who fought in the Pacific during World War II, flew missions in Korea, and did two combat tours in Vietnam. His family followed him from base to base and country to country during his years of service. Every two or three years, Mary, her three sisters, and her mother packed up their household and moved. By the time she graduated from high school, she had attended fourteen different schools. These displacements, plus her father's frequent absences and brief, dramatic returns, were part of the fabric of her childhood, as were the rituals of base life and the adventures of life abroad.


As Mary came of age, tensions between the patriotic, Catholic culture of her upbringing and the values of the sixties counterculture set family life on fire.  While attending the American College in Paris, she became involved in the famous student uprisings of May 1968.  Facing her father, then posted in Vietnam, across a deep political divide, she fought as he had taught her to for a way of life completely different from his and her mother’s.


Years of turbulence followed.  After working in Germany, Spain and Japan, Mary went on to graduate school at NYU, earned a Ph.D. and became a professor of literature and American Studies at Muhlenberg College.  She has published three books, Recalling the Wild (Rutgers UP, 2000), Public Native America (Rutgers UP, 2006), and most recently Fighter Pilot’s Daughter: Growing Up in the Sixties and the Cold War (Rowman and Littlefield, September 2013).


She and her husband spend part of each year on a small farm in the mountains of southern Spain.


Her latest book is the memoir, Fighter Pilot’s Daughter: Growing Up in the Sixties and the Cold War.

The pilot’s house where I grew up was mostly a women’s world.  There were five of us.  We had the place to ourselves most of the time.  My mother made the big decisions--where we went to school, which bank to keep our money in.  She had to decide these things often because we moved every couple of years.  The house is thus a figure of speech, a way of thinking about a long series of small, cement dwellings we occupied as one fictional home.


It was my father, however, who turned the wheel, his job that rotated us to so many different places.  He was an aviator, first in the Marines, later in the Army.  When he came home from his extended absences--missions, they were called--the rooms shrank around him.  There wasn’t enough air.  We didn’t breathe as freely as we did when he was gone, not because he was mean or demanding but because we worshipped him.  Like satellites my sisters and I orbited him at a distance, waiting for the chance to come closer, to show him things we’d made, accept gifts, hear his stories.  My mother wasn’t at the center of things anymore.  She hovered, maneuvered, arranged, corrected.  She was first lady, the dame in waiting.  He was the center point of our circle, a flier, a winged sentry who spent most of his time far up over our heads.  When he was home, the house was definitely his.


These were the early years of the Cold War.  It was a time of vivid fears, pictured nowadays in photos of kids hunkered under their school desks.  My sisters and I did that.  The phrase ‘air raid drill’ rang hard--the double-a sound a cold, metallic twang, ending with ill.  It meant rehearsal for a time when you might get burnt by the air you breathed.


Every day we heard practice rounds of artillery fire and ordinance on the near horizon.  We knew what all this training was for.  It was to keep the world from ending.  Our father was one of many Dads who sweat at soldierly labor, part of an arsenal kept at the ready to scare off nuclear annihilation of life on earth.  When we lived on post, my sisters and I saw uniformed men marching in straight lines everywhere.  This was readiness, the soldiers rehearsing against Armageddon.  The rectangular buildings where the commissary, the PX, the bowling alley and beauty shop were housed had fall out shelters in the basements, marked with black and yellow wheels, the civil defense insignia.  Our Dad would often leave home for several days on maneuvers, readiness exercises in which he and other men played war games designed to match the visions of big generals and political men.  Visions of how a Russian air and ground attack would happen.  They had to be ready for it.


A clipped, nervous rhythm kept time on military bases.  It was as if you needed to move efficiently to keep up with things, to be ready yourself, even if you were just a kid.  We were chased by the feeling that life as we knew it could change in an hour.

Mystica said…
Not having this tradition in my family (at all) I would find this memoir fascinating. Moving schools, houses, countries so many times must have been an upheaval!
January 16, 2017 at 6:08 AM