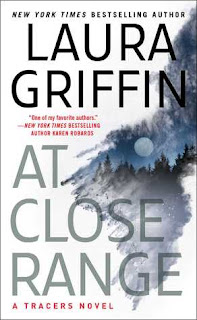 When a lakeside tryst ends in a double murder, police detective Daniele Harper arrives on the scene determined to get answers. Clues are everywhere, but nothing adds up. Dani turns to the Delphi Center crime lab for help, but soon regrets it when her secret attraction to their chief firearms examiner threatens to distract her from the most important case of her career.

As a ballistics expert and former Navy SEAL, Scott Black knows firearms, and he knows he can help Dani unravel her case. Scott has managed to hide his interest in his best friend’s younger sister for years, but when her investigation brings them together, the sparks between them quickly get out of control. Scott resolves to keep his hands off Dani and his eyes on the goal—identifying a killer. But when that killer zeroes in on Dani, all bets are off. There isn’t a line Scott won’t cross to convince Dani to trust him so that he can help her take down a ruthless murderer who has her in his sights.

This is the latest book in this series. Which just happens to be one of my favorite current series. As a mystery and romantic mystery fan, you will enjoy this series as well. The best part is that the books can be read as stand alone novels. Yes, some of the relationships and past events may carry over to the nest book but nothing that would cause a new reader to have issues following along.

I honestly could not figure out the motive for the killings. This is a good problem to have as a fan of mystery stories. The author did a nice job of keeping me guessing until all of the pieces were revealed at the end. Speaking of the end. This is where most of the action took place. In the last several chapters. Prior to that, I do admit I wished that the story had been amped up a few dials. Yet, I was busy with Dani and Scott's relationship. Or I should say, their desire to have a relationship. I could feel the chemistry between these two and it was smothering. Strap in for a great read!
Laura Griffin