We're happy to be hosting Jeff Gunhus' KILLER PURSUIT Virtual Book Tour today! Jeff is giving away a grand prize of a $25 Amazon Gift Card and one autographed paperback plus four runners up will receive an autographed paperback copy of his book!  Enter below and leave a comment at this blog for five extra points! 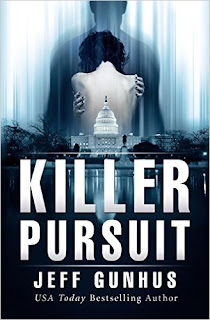 When a high-society call girl is murdered in her Georgetown home, investigators find two cameras hidden in the walls of her bedroom. One has its memory erased, presumably by the murderer. The second is connected to the Internet through an encrypted connection...and no-one knows who's on the other end.

Special Agent Allison McNeil is asked by beleaguered FBI Director Clarence Mason to run an off-the-record investigation of the murder because of the murder's similarity to a case she worked a year earlier. Allison knows the most direct path to apprehending the killer is to find the videos, but the rumors that the victim's client list may have included Mason's political enemies has her worried about the director's motives. As she starts her investigation, she quickly discovers that she's not the only one pursuing the videos. In fact, the most aggressive person racing against her might be the murderer himself.

This is the first book that I have read by this author. I was first drawn to this book by the book cover. I did not know that this book was the second one in a series. Yet, it can be read as a stand alone novel.

The murders are gruesome but nothing that I can't handle as these types of books are in my wheelhouse. What really made this book better is Allison. She has a good head on her shoulders. She does not back down from a dangerous situation. The intensity levels was there and I did like it but it would have been better for me if I had felt a stronger connection with everyone else in the story besides Allison. Even the killer I was not excited for. Although, I did like what I read and would read another book by Mr. Gunhus again.

Killer Pursuit is available at Amazon.
Discuss this book at PUYB Virtual Book Club at Goodreads. 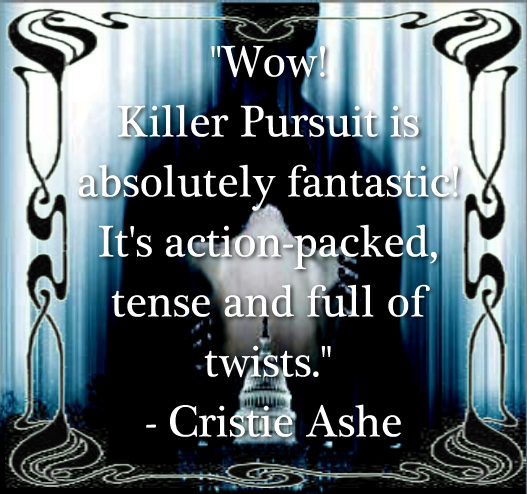 Meant to make them think someone was inside.

It was a trap. 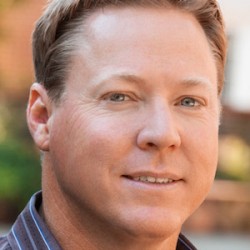 Jeff Gunhus is the USA TODAY bestselling author of thriller and horror novels for adults and the middle grade/YA series, The Templar Chronicles. The first book, Jack Templar Monster Hunter, was written in an effort to get his reluctant reader eleven-year-old son excited about reading. It worked and a new series was born. His books for adults have reached the Top 30 on Amazon, have been recognized as Foreword Reviews Book of the Year Finalists and reached the USA TODAY bestseller list.

After his experience with his son, he is passionate about helping parents reach young reluctant readers and is active in child literacy issues. As a father of five, he leads an active life in Maryland with his wife Nicole by trying to constantly keep up with their kids. In rare moments of quiet, he can be found in the back of the City Dock Cafe in Annapolis working on his next novel or on JeffGunhus.com.

His latest book is the thriller, Killer Pursuit.
For More Information