Colt Lewis, a rookie fire paramedic, is obsessed with finding the severed foot of his first victim after she dies in his arms. His search takes him into the connected lives of a graduate research student, with the rarest blood in the world and the vampire fetishist who is stalking her. Within the corridors of high-stakes medical research laboratories, the shadow world of body parts dealers, and the underground Goth clubs of Los Angeles, Lewis uncovers a tangled maze of needles, drugs and maniacal ritual, all of which lead to death. But whose death? An unusual and fast-paced LA Noir thriller. 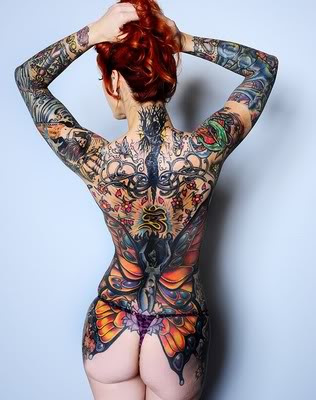 This book is both twisted and memorizing at the same time. It has never crossed my mind that people actually do steal items including body parts from crime scenes or accidents. Reading this book, I could imagine it being a storyline on Law & Order or Criminal Minds or any other crime show.

Instantly, I was hooked by everything about this story from the characters to the plot. I could not stop reading. Colt's obsession to find this accident victim's foot was compelling, once you learned why. Than there is the fetish of bring a "vampire". Markus wants nothing more than to be immortal. To achieve this he has found the perfect blood donor. The lengths that Markus goes as well as his obsession with body parts is freaky. I found Markus to be weird but interesting. As, you can tell I was a little "obsessed" myself with this book. This was a one day read for me. I look forward to checking out more books from this author.

Colt heard a small chopper. It sounded like a lawnmower. He knew it couldn’t be the AirSquad and looked up. A news helicopter circled overhead. He saw another coming up the coast from Los Angeles. In minutes, news crews in vans would arrive, extend their satellite transmission poles, broadcast pictures of the accident and fan out to find people to interview. In the process, several spectators would have a moment of fame on Los Angeles network television. The accident would be a good lead-in on the 11:00 p.m. Sunday night news, but the anchors would be disappointed that a Malibu celebrity wasn’t involved.
Moose joined them with the backboard and laid it down next to the girl’s body.
Brian checked the C-spine. “Ready guys? On my count.”
The men prepared to roll the girl on her side.
“Be careful,” Colt said.
Brian gave Colt a quick look and said, “One, two, three.”
In unison, they rolled her onto her side, Moose pushed the board in toward her and the men laid her back onto it.
Colt thought he heard her utter a faint moan. While Brian secured the head brace and straps across her body and prepared her for transport across the beach, he looked at her bloodied leg again. “Where’s the foot?” he shouted. “Does someone have her foot?” She still wore one delicate leather sandal.
“We can’t find the sucker,” one of the deputies told Colt.
“Can’t find it? How’s that possible?” Colt said. The girl needed her foot. They had to ice it down before the tissue started to die. It might be reattached. “It has to be here somewhere.” He went over to the damaged pickup.
The driver of the truck sat with his head down, behind the metal screen in the back seat of a black and white. A sheriff’s deputy stood outside, questioning him through the window and writing on his notepad. Colt interrupted. “Where’s the foot?” He was met with a shrug and a blank stare from the deputy. Colt looked at the driver of the pickup, a man about his own age, and hated him.
Colt walked around the pickup. Glass shards from a headlight and pieces of plastic lay on the ground. He knelt in a pool of green coolant dripping from the smashed radiator and looked under the front of the truck. The foot wasn’t there. He stood up and looked around.
Thirty or forty people stood in the parking lot watching the activity.
Excerpt from Code Blood by Kurt Kamm. Copyright © 2012 by Kurt Kamm. Reproduced with permission from Kurt Kamm. All rights reserved.

Malibu, California resident Kurt Kamm has written a series of firefighter mystery novels which have won several literary awards. He is also the author of The Lizard’s Tale, which provides a unique look inside the activities of the Mexican drug cartels and the men dedicated to stopping them. Kurt has used his contacts with several California fire departments, as well as with the ATF and DEA to write fact-based (“faction”) novels. In his chilling and suspenseful multi-award winning novel, Code Blood, Kurt takes the reader into the connected lives of a fire paramedic, a Chinese research student with the rarest blood type in the world, and the blood-obsessed killer who stalks her. Colt Lewis, a young Los Angeles County fire paramedic responds to a fatal accident. The victim dies in his arms. Her foot has been severed but is nowhere to be found. Who is the woman, and what happened to her foot? During a weeklong search, Colt risks his career to find the victim’s identity and her missing foot. His search leads him to a dark and disturbing side of Los Angeles…an underworld of body part dealers and underground Goth clubs. He uncovers a tangled maze of drugs, needles, and rituals. Emergency medicine, high-tech medical research, and the unsettling world of blood fetishism and body parts make for an edgy L.A. Noir thriller. Kurt has built an avid fan base among first responders and other readers. A graduate of Brown University and Columbia Law School, Kurt was previously a financial executive and semi-professional bicycle racer. He was also Chairman of the UCLA/Jonsson Comprehensive Cancer Center Foundation for several years.

The Partners in Crime Blogging Team is loving the Code Blood Tour! Check out the other interviews, guest posts, reviews, and Giveaways! 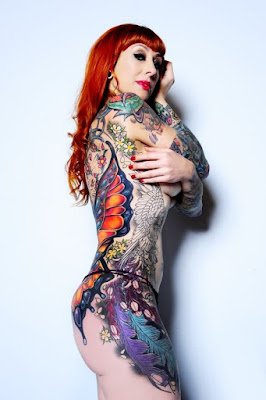 This is a rafflecopter giveaway hosted by Partners in Crime Virtual Book Tours for Kurt Kamm. There will be 1 winner of one (1) $20 Amazon.com Gift Card. The giveaway begins on March 30 and runs through May 1, 2017.

CMash said…
Like you, I could not put this book down and am looking forward to reading more by this author.
Great review!
May 2, 2017 at 8:36 AM

Cracktaking said…
Hei dude the information that you provided that was awesome.I really like your way.but some days ago i was visiting a site which also provide Crack software download way and here anyone can download all kinds of crack software,so if you have much time you also can visit the site and check it out Cracktaking.com
January 24, 2018 at 9:12 PM

crackstools said…
Your website content is very effective and help full for people.I understood that you try to clear that concept about this subject.But i also read another content from another website.Cracks software Download I think it's most better full content to your website content.So i suggest you, if you have a time to on your hand you will try to visit this website.http://crackstools.com
February 6, 2018 at 9:13 PM

Unknown said…
Do you like watch The Martian online free now? Review: I would also like to point out one other angle of the propaganda in this movie... Like when the communist Chinese offer the assistance of their top-secret rocket in an effort to save one lone American. Also the way they made the crew be from multiple countries... I know NASA really does work with astronauts from other nations, but I also know that this is one reason why Hollywood loves these space movies, because it's a great vehicle for pushing globalist propaganda. Independence Day 2 is sure to take the globalist propaganda to the next level, as a planet united under the leadership of the UN (which is sick and laughable) must fight for their survival against aliens (which don't really exist)... The not so funny thing, is that the REAL greatest threat to humanity as we know it, ARE THOSE THAT PUSH THE GLOBALIST AGENDA! Check the "GEORGIA GUIDESTONES" for proof of that... See more mad max fury road 2 release date
April 4, 2018 at 8:02 PM

We the BRS team which stands for Background Removal Services are providing you with highly graphic design and photo editing and obviously the most popular brand identity design at your cost. Do Visit to have the view of creative ideas of designs. Creative designs do help to grab the attraction of the customers. Make your own business flourish with powerful design concept today!