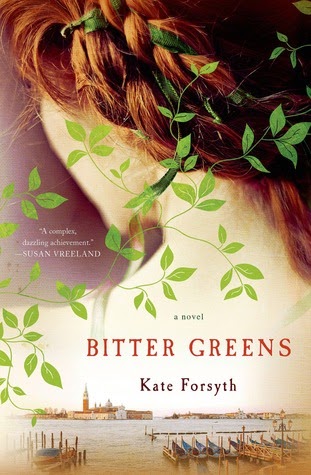 The amazing power and truth of the Rapunzel fairy tale comes alive for the first time in this breathtaking tale of desire, black magic and the redemptive power of love

French novelist Charlotte-Rose de la Force has been banished from the court of Versailles by the Sun King, Louis XIV, after a series of scandalous love affairs. At the convent, she is comforted by an old nun, Sœur Seraphina, who tells her the tale of a young girl who, a hundred years earlier, is sold by her parents for a handful of bitter greens…

After Margherita’s father steals parsley from the walled garden of the courtesan Selena Leonelli, he is threatened with having both hands cut off, unless he and his wife relinquish their precious little girl. Selena is the famous red-haired muse of the artist Tiziano, first painted by him in 1512 and still inspiring him at the time of his death. She is at the center of Renaissance life in Venice, a world of beauty and danger, seduction and betrayal, love and superstition.

Locked away in a tower, Margherita sings in the hope that someone will hear her. One day, a young man does.

Award-winning author Kate Forsyth braids together the stories of Margherita, Selena, and Charlotte-Rose, the woman who penned Rapunzel as we now know it, to create what is a sumptuous historical novel, an enchanting fairy tale retelling, and a loving tribute to the imagination of one remarkable woman.

If you are a fan of fairy tales and historical stories then you need to grab a copy of this book. I like fairly tales and do on occasion like to read historical stories. It just depends on the historical story. Wow. Just Wow. This book had everything...great characters, wonderful story telling, a nice flow from past to present and character to character. Although I must admit that I absolutely enjoyed reading about Margherita the most. Her story was the most interesting and the main focal point. Charlotte was great too. It just seemed like when the story would flash back to her, it was for just brief periods of time. Even Selena's story seemed to be expanded on. Overall, I did still enjoy this book a lot. There is nothing "Bitter" about this book. Just an amazing book and one of the best of 2014!

A Heart of Gall

Château de Cazeneuve, Gascony, France – June 1666
I had always been a great talker and teller of tales.
‘You should put a lock on that tongue of yours. It’s long enough and sharp enough to slit your own throat,’ our guardian warned me, the night before I left home to go to the royal court at Versailles. He sat at the head of the long wooden table in the chateau’s arched dining room, lifting his lip in distaste as the servants brought us our usual peasant fare of sausage and white-bean cassoulet. He had not accustomed himself to our simple Gascon ways, not even after six years.
I just laughed. ‘Don’t you know a woman’s tongue is her sword? You wouldn’t want me to let my only weapon rust, would you?’
‘No chance of that.’ The Marquis de Maulévrier was a humourless man, with a face like a goat and yellowish eyes that followed my sister and me as we went about our business. He thought our mother had spoilt us, and had set himself to remedy our faults. I loathed him. No, loathe is far too soft a word. I detested him.
My sister, Marie, said, ‘Please, my lord, you mustn’t mind her. You know we’re famous here in Gascony for our troubadours and minstrels. We Gascons love to sing songs and tell stories. She means no harm by it.’
‘I love to tell a gasconade,’ I sang. ‘A braggadocio, a fanfaronade . . .’
Marie sent me a look. ‘You know that Charlotte-Rose will need honey on her tongue if she’s to make her way in this world.’
‘Sangdieu, but it’s true. Her face won’t make her fortune.’
‘That’s unfair, my lord. Charlotte-Rose has the sweetest face . . .’
‘She might be passable if only she’d pluck out that sting in her tail,’ the Marquis de Maulévrier began. Seeing that I had screwed up my face like a gargoyle, waggling my tongue at him, he rapped his spoon on the pitted tabletop. ‘You’d best sweeten your temperament, mademoiselle, else you’ll find yourself with a heart of gall.’
I should have listened to him. 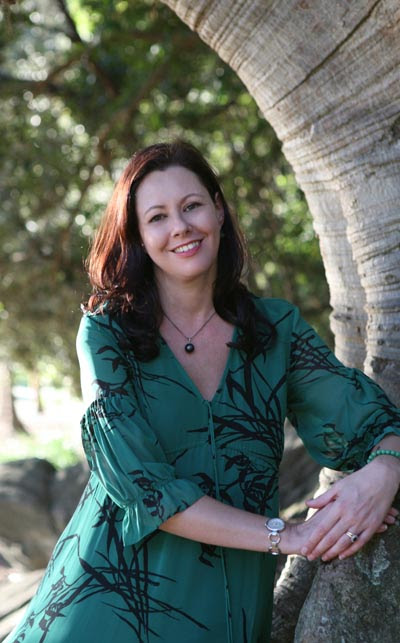 Kate Forsyth wrote her first novel at the age of seven, and is now the internationally bestselling & award-winning author of thirty books, ranging from picture books to poetry to novels for both adults and children. She was recently voted one of Australia’s Favourite 20 Novelists, and has been called ‘one of the finest writers of this generation. She is also an accredited master storyteller with the Australian Guild of Storytellers, and has told stories to both children and adults all over the world.
Her most recent book for adults is a historical novel called ‘The Wild Girl’, which tells the true, untold love story of Wilhelm Grimm and Dortchen Wild, the young woman who told him many of the world’s most famous fairy tales. Set during the Napoleonic Wars, ‘The Wild Girl’ is a story of love, war, heartbreak, and the redemptive power of storytelling, and was named the Most Memorable Love Story of 2013.

She is probably most famous for ‘Bitter Greens’, a retelling of the Rapunzel fairy tale interwoven with the dramatic life story of the woman who first told the tale, the 17th century French writer, Charlotte-Rose de la Force. ‘Bitter Greens’ has been called ‘the best fairy tale retelling since Angela Carter’, and has been nominated for a Norma K. Hemming Award, the Aurealis Award for Best Fantasy Fiction, and a Ditmar Award.

Her most recent book for children is ‘Grumpy Grandpa’, a charming picture book that shows people are not always what they seem.

Since ‘The Witches of Eileanan’ was named a Best First Novel of 1998 by Locus Magazine, Kate has won or been nominated for numerous awards, including a CYBIL Award in the US. She’s also the only author to win five Aurealis awards in a single year, for her Chain of Charms series – beginning with ‘The Gypsy Crown’ – which tells of the adventures of two Romany children in the time of the English Civil War. Book 5 of the series, ‘The Lightning Bolt’, was also a CBCA Notable Book.
Kate’s books have been published in 14 countries around the world, including the UK, the US, Russia, Germany, Japan, Turkey, Spain, Italy, Poland and Slovenia. She is currently undertaking a doctorate in fairytale retellings at the University of Technology, having already completed a BA in Literature and a MA in Creative Writing.

Kate is a direct descendant of Charlotte Waring, the author of the first book for children ever published in Australia, ‘A Mother’s Offering to her Children’. She lives by the sea in Sydney, Australia, with her husband, three children, and many thousands of books.
For more information please visit Kate Forsyth’s website and blog. You can also find her on Facebook, Twitter, Pinterest, and Goodreads.

Check out the rest of the blog tour here