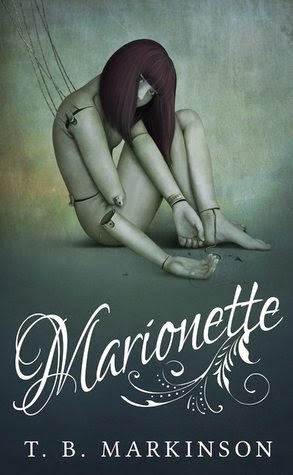 At the age of seventeen, Paige Alexander had it all planned. She wrote a letter, sat in the bath, and slit her wrists. Her plan failed.

Her best friend, Alex, is dead.

Paige can't get over her twin sister blaming her for a tragic event in their past.

Colorado is in the midst of voting on lesbian and gay rights and Paige is terrified to come out of the closet, fearful for her life.

Many people in Paige's life are keeping secrets from her. Will she piece everything together before it's too late?

In this gripping first-person narrative, a young college student grapples with more than first loves or coming of age. In a world filled with homophobia, suicidal feelings, and a dysfunctional family, Paige cuts her wrists in an attempt to free herself from the crazy life that's all she's ever known.

Could there be new lessons in store for Paige? With the help of her girlfriend, friends, and a compassionate therapist, can Paige find the safe space she needs to heal, grow, and cut her strings?


Paige is into women. However she is not ready to make it known to the world. She is just trying to maneuver through college and life in general. Yeah, did you hear that Paige tried to take her own life. She was not successful. Now she is going to counseling to put the broken pieces back together. She is doing it for her and her girlfriend, Jess.

To be honest, this is not typically the type of book that I would pick to read. In fact, I was still unsure about reading this book due to Paige's relationship preference. It had nothing to do with the other subject matter of suicide. I know it is silly as this is our world today and it is becoming more and more norm for people to share their relationship preference of woman and woman or man and man but still, I feel like it is getting pushed on to people to accept this or else. Even television shows I watch have at least 1 character that is gay. I just did not want Paige's relationship to be the main focus of the story. So you could say I went into this book with a critical mind.

I loved Paige's college room mates, Minnie, Karen, and Jenna. They helped add to the story and kept things entertaining. Paige herself was actually very cool. She came off more sarcastic than bitchy. Which I liked her sessions with Dr. Libby. These are the moments when I really felt like I got to know who and what Paige is about as a person. The relationship between Paige and Jess was a sweet one. Overall, this is a really good book and worthy reading.

T. B. Markinson is a 39-year old American writer, living in England, who pledged she would publish before she was 35. Better late than never. When she isn't writing, she’s traveling around the world, watching sports on the telly, visiting pubs in England, or taking the dog for a walk. Not necessarily in that order. She has published two novels: A WOMAN LOST and MARIONETTE.