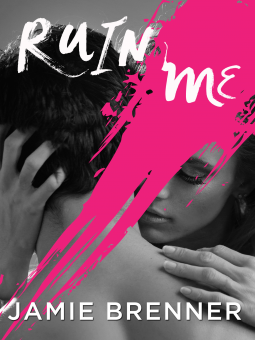 Check out my review of Ruin Me, here

Why do you think Street Art is starting to become more popular?

I think street art is becoming more popular because social media is making it more accessible. People can photograph and share it, and so finding art on your local streets  has become a communal sport of sorts. In the bigger picture of the art world, as the super-rich control the art world, artists are trying to take it back As the New York Daily News recently reported (after a Jeff Koonz Balloon Dog statue sold for $58.4 million at auction) “As the .00001 percent run out of mansions to buy, they’ve poured their wealth into art. And not art many would find, well, good.” Street art subverts the whole gallery/auction/big money system. It’s the self-publishing of the art world.

It’s lawless. It’s usually saying something provocative about the world we live in. It’s completely democratic – you don’t need permission or approval to be a street artist. And it’s never predictable.

How did it inspire you in writing Ruin Me?

About a year ago, I watched a documentary called Exit Through the Gift Shop about a mysterious British artist named Banksy. He became famous by painting the sides of buildings under the cover of night, producing beautiful art that was meant to provoke and inspire. He ultimately went on to create sculpture installations, and sneaking his artwork onto the walls of major museums. Most of what he did was illegal, but his artwork has become so valuable that building owners no longer complain when their property is “vandalized” by Banksy. But he is just one man in a long, thrilling tradition of street art. And it’s a tradition that inspired the hero of my latest novel, a reclusive street artist who goes by the name GoST.


What came first...the characters or the story line?

This is the first novel I’ve written in which the idea for the hero came before the story line. Once I knew my hero was going to be a street artist, I needed a heroine who would be the opposite – in a way that creates dramatic tension. So I made her the daughter of a famous art gallery owner.

What can readers expect from you next?

I’m working on a novel about three sisters and a triple wedding.  I thought street art was intense, dramatic, and lawless – until I delved into the world of wedding planning J

Mystica said…
I knew about Banksy so I am intrigued by this book.