Book Blurb
Sneaking Treats is the Halloween tale of a candy-obsessed Prince. After a clumsy accident, he becomes so angry with himself that he inadvertently shoes away his own shadow. With the story given life by the remarkable artistry of Jessica Gadra, the royal family’s search becomes a playful game of hide-and-seek, the young boy’s shadow cleverly hidden among the illustrations’ intricate details. But whether the Prince will ultimately be reunited with his scorned ‘Self’ is not the only mystery that haunts the many twists and turns of the royal castle.


Excerpt
"The Prince couldn’t sleep. ‘Where would I go if I were feeling unappreciated,’ he thought. Unable to come up with the answer, he decided to sneak downstairs for a treat from the Hallowed Cauldron of Candy, singing softly as he went:

About the Author: Eddison McRoberts lurks in Portland, Oregon, with his wife and two beautiful Ethiopian-adopted children.


About the Illustrator: Jessica Gadra currently resides in Buffalo, New York, with her husband, Alex, her dog, Eisley, and ten thousand uninvited ladybugs.


Guest Post:
As newly adoptive parents of our Ethiopian born children, we found ourselves hungry for stories to share with our new family that features adoptive themes, especially for inter-ethnic families such as our own. Despite a few widely circulated favorites, we found the available options to be few. I am not a writer by trade or hobby, but as a creative person with a two beautiful new muses, I was inspired to strike out and create my own.


Rather than tackle interethnic adoptive issues head-on, I chose an entirely different approach: I have been busy creating stories with themes that have absolutely nothing to do with adoption, but which just so happen to feature an adoptive family as the main characters. Modeled after our own, the royal family featured in our first published book, Sneaking Treats, is clearly and pointedly inter-ethnic. However, this is never discussed as an issue within the story, itself. What better way to normalize the concept of adoption than to present it as irrelevant? The royal family is just like any other family with everyday challenges. The primary moral theme attempts to be largely subliminal. By story’s end, swept up in the whirlwind of more pressing mysteries, the reader will (hopefully) have forgotten the Prince and Princess are adopted.


I just read the very first review of our book on Amazon and note that the reviewer didn’t bother to mention the different ethnicities illustrated for the family characters. I consider that a tremendous success!


Bookmark our website and watch for news of the future release date for the royal family’s next magical adventure: The Princess and the Puppy.
The author accepts no profits for sale or distribution of ‘Sneaking Treats’, instead steering all net proceeds towards his favored charities. Please visit www.ethiopiareads.org to learn how underprivileged Ethiopian children are given the reading skills they will need to transform their society into one of appropriate health, wealth and opportunity for all.

Available in both premium hardcover and ebook formats, Sneaking Treats is also offered in a more-affordable, black & white coloring book version, which features the complete story with illustrations ready for your child’s colorful imagination! Help support our cause and purchase your book at: 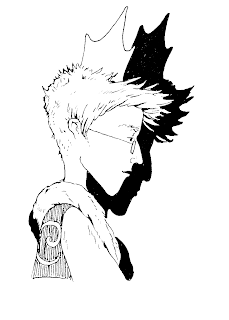 Recommendations:
For more great kids’ stories that feature ties to Ethiopia, please visit the web pages for authors Jane Kurtz and Chris Kurtz, Americans who works are greatly influenced by their shared childhood growing up in the Ethiopian countryside.