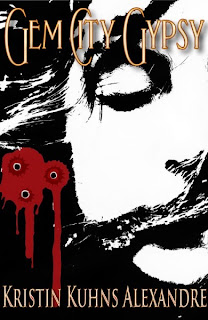 
It’s 1917 and the world is changing before my eyes. We gypsies used to be important to everyone in Dayton because we trained their horses. Now everybody wants a motorcar. Then there’s the war. America has been sucked into the war.


I’m 19 but I feel older. So much has happened in the last two years. My experiences have made me feel old. Like all those voices crying out as the ship went down. That’s the moment Lord Pool leaned over and pulled me out of that freezing ocean. He pulled Ezra’s dog Theda out too. Theda and I were so grateful to be alive.


I was on deck when the German torpedo struck our ship, The Lusitania. It was frightening. The first blast tore through the bottom of the ship and you could feel the deck heave. By then, everyone knew we were in trouble. My hosts, Mr. and Mrs. Hubbard told me to jump into the water and swim for my life. They were so calm as they explained that they were going to go down with the ship. They wanted to make sure they died together. But before they walked into the cabin holding hands they made sure my dog and I jumped over safely.


For the first time ever I felt completely, frighteningly alone, far away from my wonderful mom and my clan of gypsy horse trainers from Dayton, Ohio. We are respected in our hometown and consider ourselves royal. When my grandma Miltilda died, thousands of gypsies from all over America came to her gravesite and stood in the rain for hours. Some even jumped in her grave.

But those are the old days. We are still gypsies and not considered good enough for upper class people in Oakwood. They think of us a a novelty and watch us leave with our caravans for Tennessee. But their sons and daughters stay far away.

That’s the reality of it. That’s why I want to be someone else by the name of Neci Star. 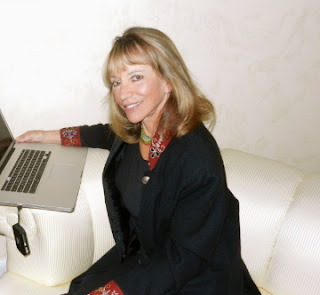 Kristin Alexandre was raised in Dayton, Ohio where she worked as a feature columnist for The Dayton Journal Herald and the Kettering Oakwood Times. She has written two previous books: Nuncio and the Gypsy Girl in the Gilded Age, a graphic novel that was featured at the 2011 NY City Comic Con; and Find a Great Guy: Now and Forever.

Alexandre was a co-founder of Earth Day 1970 and worked on staff with House Beautiful Magazine and as a contributor to Town & Country Magazine, The Christian Science Monitor and The Daily News. Her celebrity luncheon series for the Chairman of Ammirati & Puris Advertising at The New York Yacht Club was acclaimed, and she has also worked as a co-host and producer of Enough Is Enough a syndicated talk show for WLIW-TV, a PBS affiliate in NYC. Alexandre has worked as a publicist for The Economic Development Association of Puerto Rico and Champion International U.S. Plywood. She is a NJ Board Member of The Humane Society of America and resides in Delray Beach, Fl. and Nantucket , Ma. with her husband DeWitt.

When you read “Gem City Gypsy” you must conceptualize a whole world.

So many vivid elements. The story is about a gypsy girl who must leap over bodies to survive the sinking Lusitania and escape murderous Germans who kill her mentor in Ireland. She later returns to her hometown, recreated as a wealthy woman trying to meld into the upper class. Neci Star captures our imagination and heart as she claws her way out of one class and into the abyss of another.

Purchase your copy at AMAZON.