THE STRANGERS ON MONTAGU STREET and author Karen White

The Tradd Street stories began in 2008 with the publication of The House on Tradd Street and the introduction of protagonists Melanie Middleton and writer Jack Trenholm.

Writing it let Karen indulge her passion for Charleston and the region—its architecture, food,legends, people, rhythms—and embrace its haunted history. Readers responded with such enthusiasm that Karen began work on a second novel for Melanie and Jack, The Girl on Legare Street. It was published in 2009 and became her first New York Times best seller.

Two years later, Melanie and Jack are back. They’re still fighting, still not a couple and still depending upon each other. Since the first book, Melanie has learned to accept the gift of her sixth sense, fallen in love with her mid-19th century Tradd Street home, and celebrated ten successful years as a Realtor specializing in Charleston’s historic homes—even though she still views them as money pits hosting ghosts, too many of whom want to tell her something.

As THE STRANGERS ON MONTAGU STREET opens, lost souls are among the least of Melanie’s problems. In the space of a morning she finds herself caring for a distraught teen, raiding her bank account to repair her cracked foundation, and realizing she has to move in with her mother while the work is being done. The teenager is Nola, Jack’s daughter from a long ago love affair. He only learned about her after her mother died. Nola, immune to his overtures, blames Jack for the difficulties she and her mother faced, and for the disintegration of their lives. She’s also guilt ridden, haunted by her inability to keep her mother alive.

Melanie takes Nola under her wing in an effort to ease her transition to a new home and family. When Jack’s mother presents Nola with the gift of an antique dollhouse, she’s delighted. It’s amazingly detailed, beautiful and the dolls it contains are the tableau of a perfect Victorian family. All too soon, it becomes clear that something is dreadfully wrong. The house is possessed by a malevolent spirit that’s drawing the fragile teen into its own angry darkness.

To save Nola, Melanie and Jack need to discover the secrets of the people whose home the dollhouse replicates. A family of wealth and prestige, powerful in their time, they’ve hidden the truth of their lives at the end of a long, dangerous path strewn with deceit, heartbreak and murder—a journey punctuated by a cry for forgiveness that has resonated for more than seventy years.

THE STRANGERS ON MONTAGU STREET is multi-layered, with intersecting lives and abundant sub-plots, rife with characters, relationships, and secrets past and present. In it, Karen once again illustrates the power of family and friendship, love and loyalty, heritage and responsibility, and guilt and innocence as she explores the claims of the past and the possibilities of the present.
― 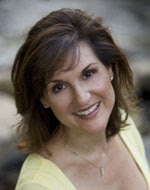 KAREN WHITE
Known for nationally bestselling and award-winning novels, Karen White’s books include The Beach Trees, On Folly Beach, Falling Home, The Lost Hours, The Memory of Water, Learning to Breathe, Pieces of the Heart, and The Color of Light and, of course, her Tradd Street novels, The House on Tradd Street, The Girl on Legare Street , and The Strangers on Montagu Street.

Karen has traveled or lived in many places in the south, from her home in Atlanta to Savannah, Mississippi, Louisiana, South Carolina’s Lowcountry and North Carolina, garnering inspiration as well as detail for the settings of her books, including the New York Times bestsellers, The Beach Trees, Falling Home, and On Folly Beach . Her parents are both from Mississippi, but Karen lived in many places before settling in the South and says she “didn’t actually take root” there until moving to Georgia eighteen years ago.

Karen credits her maternal grandmother Grace Bianca with inspiring and teaching her through stories shared over many years. In the seventh grade, when she skipped school to read Gone With The Wind, she knew—just knew—she was destined to grow up to be either Scarlet O’Hara or a writer.

Karen’s writing has been honored with numerous awards and nominations including the Booksellers’ Best Award and the National Readers’ Choice Award. On Folly Beach, The Girl on Legare Street and The House on Tradd Street were all nominated for the Southern Independent Booksellers Alliance (SIBA) Book of the Year. SIBA also named On Folly Beach a Summer 2010 Okra Pick. Additionally, On Folly Beach, The House on Tradd Street and Learning to Breathe have all been finalists in the “Novels with Strong Romantic Elements” category for the prestigious RITA Award presented by the Romance Writers of America.

Karen continues to work, write and spin tales of the south from her home in Atlanta where she lives with her family, their dog and the multiplicity of characters awaiting their own stories. THE STRANGERS ON MONTAGU STREET by Karen White