Writing fascinates me. The very fact that my words on the page can touch emotion in a reader distanced from my physical presence by thousands of miles or the great reach of time, imbues writing with a mystical and almost magical quality. Reading inspires me much in the same way. It is really quite profound to be able to sit, years after a work was first birthed onto the page, and be able to enter the world the author has penned.

Writing, and reading, do not just transfer knowledge or concepts from one mind to another. They allow an interaction between two minds through the vehicle of words on a page. It is, in my opinion, the truest form of human intercourse available to us. One where we do not merely merge the body, but far beyond that, into a merging of two minds.

In a way, reading and writing is a link to the immortal path which belongs to the creative universe. Who has not read the work of a long-dead writer and heard and felt so clearly that writer’s presence still alive in those words? How is that possible? How is it possible for mere marks across a page to still hold the essence of the aliveness of an author even once the physical voice has long since grown quiet? And yet it happens. Without effort, the voice and spirit of the author reach across the void and touch the reader’s still-beating heart. Like a moment of pure magic. 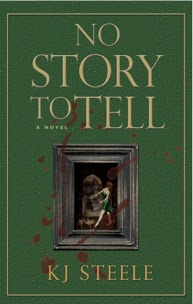 The first time I truly became aware of this mystical exchange, was years ago when reading an autobiography by a once up-and-coming young author of reportedly great brilliance, who ended up an impoverished old man alone in his obscurity. His name was William Gerhardie, and he was of great interest to me as he had been my grandmother’s cousin.

Now, I knew very little about my once-famous relative. I knew he had risen to some prominence in the 1920--30s and then fell out of favor. I knew the ‘family’ had not been impressed that he wrote a novel, The Polyglots, based loosely upon their very lives. My grandmother referred to him as ‘the fool of the family,’ a judgement first handed down by his own father. I knew little else about him. He was an enigma to me.

So, you can perhaps imagine how marvelous it was for me to discover his autobiography along with some of his novels. I emerged myself in William according to William, and he came to life for me through those words jotted down years preceding my birth. As I read, I laughed, I cried, I hoped, and I despaired with him. I could hear his voice clearly. And, although he died when I was only seventeen years old, and had never met him, as I read the words he had written, it was like a part of him merged seamlessly with the essence of me. Like I had met my long-dead relative for the very first time. And that was when I first encountered the profound immortality of the written word.