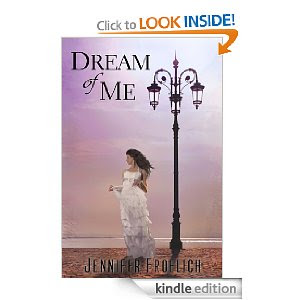 Three people, one dream. This dream had killed Erynne’s mother in a suicidal jump from a cliff. Shannon had had the dreams her whole life resulting in an unpleasant childhood for Erynne and an institution for Shannon. Erynne was her own woman but not. She was a major figure in the fashion world but shrank every night from dreams of a large man hunting her.

Michael was the wunderkind. Successful Senator, supposedly perfect husband and son but no one knew what lay beneath that exterior. His mother had a clue but she had always kept her opinions to herself because he wouldn’t listen anyway. Just like his father. Michael wasn’t all he was cracked up to be. But he was cracked.
Colin had been having a dream for a while now, after his father passed away. He saw a woman begging him to “Protect her…” He didn’t know who her was but he was damned sure he was going to find out. His mother had lived her entire life with Colin’s father’s dreams and felt he was having an affair. It was much odder than that.

The coming together of these three is staggering and I don’t write spoilers so I shall leave it there and tell you to go out and pick this book up or download it soon. Jennifer Froelich has done herself proud with this story and you should share that with her!