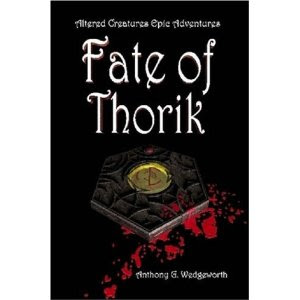 Young Thorik Dain world is about to get turned upside down in a big way. A mysterious stranger appears. His name is Ambrosius. He is injured. He tells Thorik that the Grand Council was attacked. The Council was meeting to find a way to join forces with their enemies to fight against a common enemy named Darkmere. Ambrosius knows that time is important. He must journey back to Mountain King Temple and see if there are any survivors. Ambrosius, Thorik and a group of others head out for the Temple. It won’t be an easy journey.

Fate of Thorik is book one of the Altered Creatures Epic Adventures in the Thorik Dain series. I could definitely see both young and old adults getting into this series. There was lots of action, intrigue and adventure. I could really get into Thorik. There were many interesting characters. I was taken on a grand adventure…full of magic, intrigue, and action. Thorik is slowly emerging as a leader. I can not wait to see how he grows in the next book. The ending is a good one. It helps lead into book two, Sacrifice of Ericc. 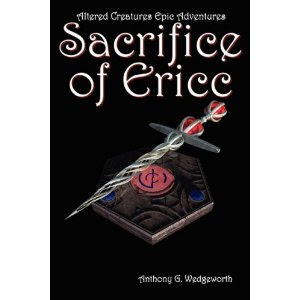 Thorik is still recovering from Ambrosius’s death. Though, Thorik can not dwell for very long. He promised Ambrosius before he died that he would find his son, Ericc and protect him from Darkmere. If Lord Darkmere was to get his hands on Ericc, all would be lost. The Oracle foretells that Ericc must be scarified in order for Darkmere’s son, Lord Bredgin to live. Can Thorik and his band of friends save Ericc before it is too late?

Thorik does not really have any special powers. The one power that he has that is strong is…intelligence. Sacrifice of Ericc continues the momentum of the first book. Thorik really emerges as a strong character. The other characters play nicely off of Thorik. Each new character introduced into the story, only added to the story. There were a few surprises. They came at the right moments in the story. This story moves fast in a good way. This book is part sci-fi, paranormal, and fantasy. 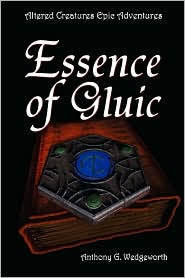 Thorik and his band were able to prevent Darkmere from killing Ericc, though it came with a great price. Thorik’s grandmother, Gluic was killed. Though only Gluic’s body is dead. With the help of Bryus Grum, they were able to imbue Gluic’s soul into a dagger. Now Thorik must find a way to extract Gluic’s soul from the dagger. It will not be an easy journey. Bakalor, demon of the underworld has released his minions.

Essence of Gluic is book three. Each book adds to the previous one. This one is no exception. After reading the first two books, it isn’t hard to feel connected to the characters. You will find yourself cheering for Thorik. The underworld of Della Estovia was a dark, evil place. It is a place you would hope your soul never ended up in. Bakalor is every thing a demon of the underworld should be…scary and malevolence. Avanda showed herself to be not just a little girl but a nice love interest for Thorik.
Anthony G. Wedgeworth